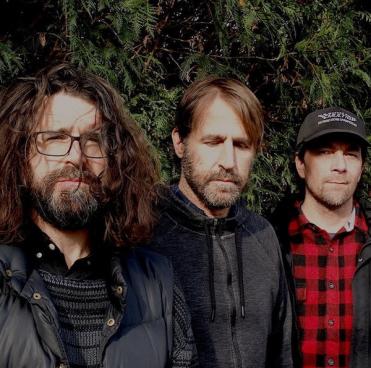 On Thursday, June 13th @ 1:30PM DJ Penny Royal celebrates the return of indie rock pioneers, Sebadoh, with her recent interview in SF when the band passed through town in support of their new album, Act Surprised.

After leaving Dinosaur Jr, (a band he reunited with in 2005), Lou Barlow teamed up in his pal Eric Gaffney in 1988 with the plan to make lo-fi four-track recordings, under the name Sebadoh. The duo made two albums, Weed Forestin and The Freed Man, and released both on cassette.

For 1991's Sebadoh III were written by Barlow, Gaffney and a new recruit, bassist Jason Loewenstein. In 1993, Eric left and was replaced by drummer and friend Bob Fay, for two albums, Bakesale and Harmacy.

Latest release, Act Surprised, finds the band recording 15 new songs with Justin Pizzoferrato, the engineer behind many Dinosaur Jr. albums. Recorded at Sonelab in Easthampton, Massachusetts it marked a change in approach for the band, who had not only produced the previous record themselves, but who also gave themselves a bit more time than usual to get everything finished.