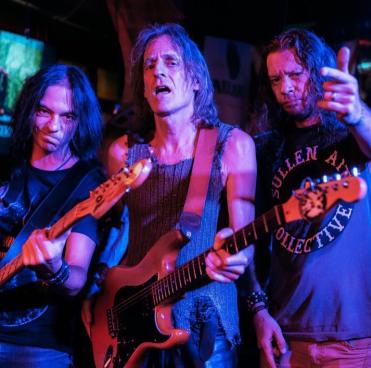 Host Cia Cia La Pirata starts the show with an international Rock & Roll trip to hear The Alex Carlin Band in concert at PEAKSOUND Club in Moscow, Russia.  This new set took place (in front of a live audience!) on January 7, 2021 and was recorded at the venue for us to present on KALX Live! this week.

Alex Carlin is an American rock musician and songwriter, best known as a member of seminal Bay Area bands The Rubinoos and Psycotic Pineapple, as well as for his solo career.   In 2009 he surpassed a Guinness World Record in Radomsko, Poland playing the "Longest Solo Concert" - 32 hours of rock songs.