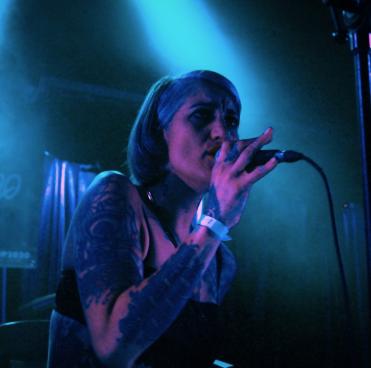 Y La Bamba has been many things, but at the heart of it is singer-songwriter Luz Elena Mendoza’s inquisitive sense of self. Their fifth record, Mujeres, carries on the band’s affinity for spiritual contemplation, but goes a step further in telling a story with a full emotional spectrum. Coming off Ojos Del Sol, one of NPR’s Top 50 Albums of 2016, Mujeres exhibits the scope of Mendoza’s artistic voice like never before.

Y La Bamba exists in the dimension of the Mexican American imagination: somewhere cynical and optimistic at the same time. While there is a celebration of the Mexican creativity that has informed Mendoza’s life, there is a darker side to reconcile with. Where do mujeres fit in to the American story? What are the sins for which we are all guilty? How do different generations interact with the world? How can a culture become visible without tokenization? It is no surprise that in Mujeres, Y La Bamba’s first record with Mendoza at the helm of production, Mendoza contemplates these questions to tell her story. But it is not just Mendoza’s story. Challenging a narrative and dealing with the emotionality of that effort— that is everyone’s story.