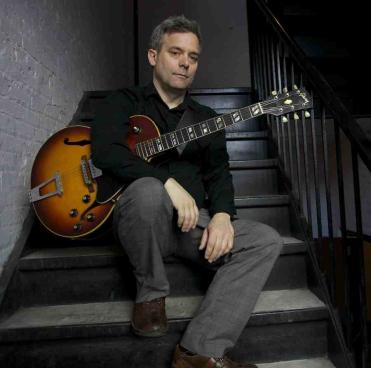 Tune in on Wednesday, June 8th @ 4PM to hear The Muse interview guitarist and band leader, Will Bernard, ahead of his Freight & Salvage performance this Thursday, June 9th.

Will Bernard, a Berkeley, CA native and Brooklyn NY transplant studied guitar and piano from an early age with Dave Creamer, Art Lande and Julian while later developing an interest in classical music composition. He received a degree in music from UC Berkeley where he studied with Andrew Imbrie and others.

Bernard broke out as a bandleader in 1998 with the release of Medicine Hat (Antilles/Polygram), showcasing his expert chops and flair for funky, bottom-heavy soul-jazz. He then followed up with two self produced albums (Motherbug and Directions To My House), before making two albums on Palmetto Records (Party Hats and Blue Plate Special). Party Hats garnered a nomination for a Grammy Award in 2008 for best contemporary jazz album.The all-star Blue Plate Special includes performances by Stanton Moore, Andy Hess and John Medeski.