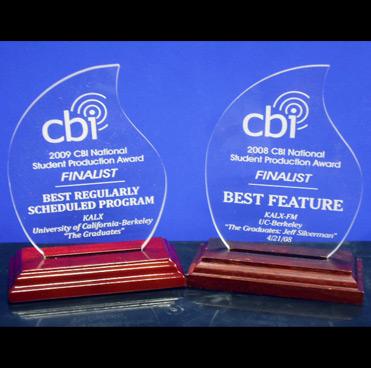 The finalists and winners have been announced...and Northgate Radio won in the Radio: Best Feature category!

The College Broadcasters 2010 National Student Production Awards Program Winners and Finalists were presented their awards at the national convention in Louisville this October. Almost 500 entries were submitted in all categories. Our submission for Best Feature Show or Broadcast was North Gate Radio's Tall Tales show which aired on November 18, 2009.

Northgate Radio airs on Thursdays at 9:00am at 90.7FM and online at kalx.berkeley.edu and is a production of the Graduate School of Journalism.