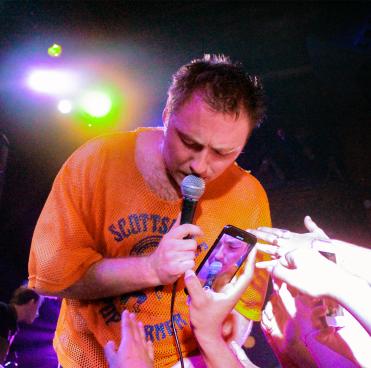 Surf Curse is fronted by guitarist Jacob Rubeck and drummer Nick Rattigan. The two met in the summer of eighth grade and have been jamming out together ever since. They just released their album Heaven Surrounds You this month, following up 2017’s Nothing Yet. Heaven Surrounds You is a coming-of-age record based off of the cult films inspired Rubeck and Rattigan as they grew up.