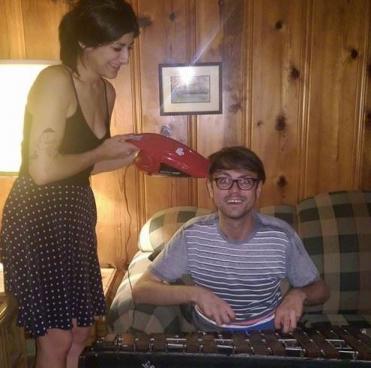 Join DJ Sly Ida on Saturday, October 3rd from 12pm-3pm for an interview with musician Aaron Neber, formerly known as Barren Nieces and currently known as Our Neighbor.

Together, they discuss animals, vulnerability, plague-times, and the ebb and flow of making music, after which will follow a shared, themed selection of songs about or involving Animals. Our Neighbor has recently released a collection of covers called Theres, and will be releasing a full album of new songs at the end of the year. You can find both of these, as well as the rest of his catalogue, at ourneighbor.bandcamp.com.

Previously, Barren Nieces was based out of Arizona, and then briefly, Oakland, before taking a several years-long hiatus from music while pursuing school. He now has returned after a long absence as Our Neighbor and works and writes out of Jersey City.

Tune in to hear some conversation, a sampling of Our Neighbor's music (some new and some old!) and a lot of songs about critters of all kinds.