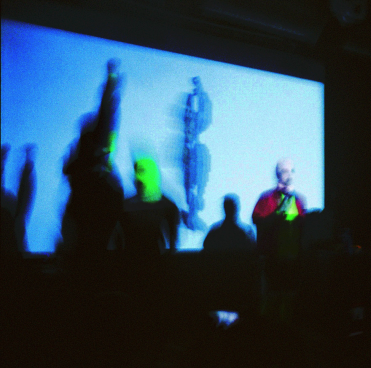 In an effort to resurrect historically successful research collaborations between American and Russian nuclear experts, Stanford University and the Moscow Engineering and Physics Institute organized a conference in the spring of 2016. Despite my social science pedigree, I wormed my way onto the participant’s list. Before flying to Moscow, a friend who formerly worked at the Pentagon made me promise to keep my laptop on my person at all times. I readily agreed after hearing her cautionary tale of an American official who had to dispose of their laptop after it had been tampered with. The first morning of the conference, I introduced myself to a suited man in the conference greeting area. He didn’t answer when I inquired if he was a student, professor, or an administrator, and he disappeared promptly from the milieu. I’m not saying this guy was a spy, except that I am, because he was. Once back in the states, I endured extended Skype research calls with mysterious numbers of participants. Despite the fact that my research team consisted of five people, our calls would have up to twelve people, observers who went unnamed and unmentioned. My contributions—if my luck was fortuitous enough for them to be expressed without interruption—remained perpetually sidelined. I sensed immense pressure from the Russian handlers, to acquiesce and keep my face blank.

These memories of a paranoid and claustrophobic existence rushed back while I bobbed in the audience at Pussy Riot’s show, which took place on March 30th at the Rickshaw Stop in San Francisco. The deluge of simmering threats, brute force, and attempted silencings Pussy Riot has endured makes the Russian punk feminist performance collective’s continuing presence and evolution all the more awing. An amalgamation of 28 people at its largest, the most famous tableau of Pussy Riot is when Maria Alyokhina, Yekaterina Samutsevich, and Nadezkhda (Nadya) Tolokonnikova protested the corrupt relationship between the church and the state with a guerrilla performance in one of the most prominent Orthodox churches, Moscow’s Cathedral of Christ the Savior. For that act, they were jailed for nearly two years.

Tolokonnikova performed, in a sense, alone, but not quite. Joined onstage by bouncy extras who took costume ideas directly from 80s Jazzercise videos, neon balaclavas proliferated as did the telescreen’s display of lyrics and tactile visuals. Rising stars in the era of Obama, the concept of Pussy Riot appealed in a theoretical sense to westerners at the onset of their fame. The performance is no longer abstract as the curtain is pulled back, and we hear and know “Damn fools drunk on power”, the first line of their new single Bad Apples.

We cannot deny the reach of the police state as the newness of Black Lives Matter fades and the entrenchment of corruption is belatedly realized. The money-grubbing and court-stacking criminal justice systems in Russia and the United States promote elongated suffering that leads to death, on an emotional level if not a physical one. When Nadya shouted generally about creating and participating in alternative systems of healthcare, education, and safety, a sheepish part of me wished those actions would be prescribed to the audience in a pulpit-to-the-parish style. That isn’t for Pussy Riot to say, however; if they made their balaclavas out of nothing, we have to cut the eyes, and most importantly, the mouth, out of ours.

Prisoner’s Literature Project:
An all-volunteer grassroots group that sends hundreds of free book packages to needy prisoners in the United States every month. Sundays 2-6 and Wednesdays 6:30-9:30 in downtown Berkeley, prisonlit.org

While not a fan of their dairy-based “salads”, Elie Katzenson cannot speak highly enough of that one Russian hotel breakfast that provided honey off the comb.