Show Review: The Garden and Machine Girl at the Regency 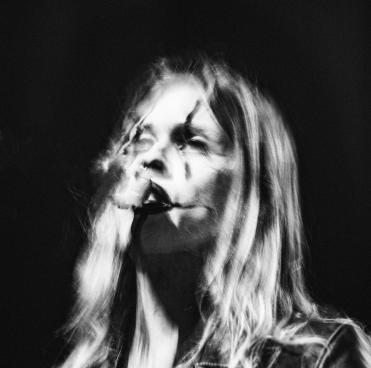 When I signed up to review my first concert of The Garden I was still new to their music and had never heard of Machine Girl. I put on Machine Girls’ top tracks and turned them off after a few minutes. To me, it was just noise mixed with the anticipation of a hard-hitting element that ultimately went as fast as it came. I then tried to separate myself from any preconceived notion; that I was not in my bedroom at 8 AM, but rather at the show, fighting and screaming my way to the front row, bashing into the rest of the crowd. I could see it clearly, and I liked it. 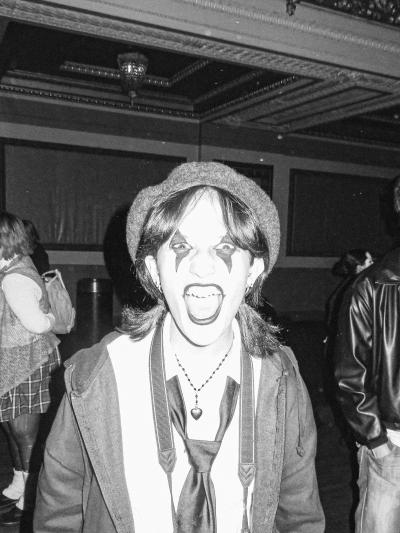 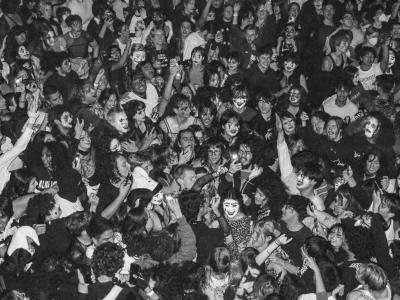 The Regency Ballroom looks like it was made for people in grey pin-up wigs and chiffon dresses, but today it was filled with face-painted, spiked-headed, pierced people. Everyone was willing to talk with me about the show, and surprisingly most of the people I met were there for Machine Girl. I’ve found the people that tend to be the most welcoming wear spikes.

For me, the electric duo Machine Girl stole the show. It is music for fighting. The crowd opened for two guys with painted faces as they brawled in the red light, a teenage boy entrusted his safety to a few hundred

strangers as he surfed the crowd. As the music picked up everyone started to join in, swaying to a disturbing electro-intransigent sound. Everyone seemed to feel its insisting power with an entire general admission moshing. Matt Stephanson, the lead singer and creator of Machine Girl, walked with his mic into the crowd as various circles formed, fighting alongside each other. While Stephenson had the stage presence, his drummer, and the only other member of Machine Girl, Sean Kelly, bashed into the crowd from his chair. The way he plays is far from any jazz ensemble but was closest to the last performance in Damien Chazelle’s Whiplash I had ever seen. With this duo, the music is something to rave to; it’s punk, it’s uncompromising. Machine Girl, with a nice change in tune, played a retelling of Tears for Fear’s “Head Over Heels” as their second to the last song. The crowd of youth sang along to it like many did growing up in the 80s.

I was pulled to the front during The Garden's set and got completely stuck. People were relentless to be as close to the stage as possible, packing us in like sardines. The Garden is the reason I am writing this review, and they make an interesting contrast to their opener. They are currently touring their new album, HORSESHIT ON ROUTE 66, which has had some mixed reviews from 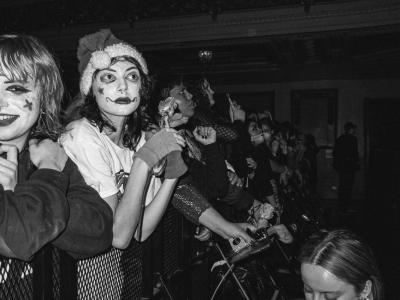 fans. It takes on a similar approach to their funky, upbeat, and beloved album, Mirror Might Steal Your Charm, but struggles to match its essence. The album uses Scooby Doo samples and corny spooky sounds to supplement its silliness while containing songs for its ready-to-mosh fans, but it seems to fall short in comparison to their other albums according to fans I interviewed. 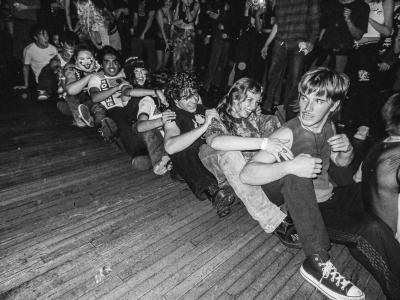 “In all honesty, I didn’t even listen to their latest album because of what I have heard,” a jester-face-painted Garden fan told me.

t. I am not just gathering the overall disinterest in their latest album from a few fans, it also is felt in the crowd. When they played “Kiss my Superbowl Ring”, a song that switches between its sways and thrashes, the mosh peaked. Also, the crowd was most responsive to the music when they played hits such as “Call This # Now,” “Egg,” and “Thy Mission” from previous albums.

Machine Girl also changed their style recently, taking on a more droning, hyper pop, and harsh noise, with fewer studio tracks. It makes me wonder why the crowd seemed so much more positive about the shift Machine Girl was taking in contrast with The Garden. My theory is that Machine Girls’ music is already hard to categorize, living in an experimental grey area — and people love it for being that. It is a crowd that accepts its ever-changing weirdness. On the other hand, The Garden takes on a very classic goofy punk sound and is drawing audiences from that sound. In any case, their name “The Garden,” as stated in interviews, means that they find pride in the growth and shift of their music. Maybe they are trying to be something they once were, taking on a sound they might struggle to reproduce, or maybe this is a part of their journey of growing into themselves and their music. 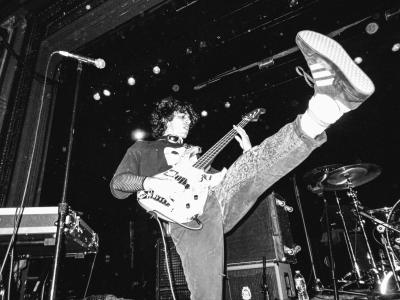