KALX 90.7 FM is proud to announce its 60th anniversary celebration!

Renowned for its eclectic and adventurous programming, KALX was recently voted Best Radio Station by the East Bay Express in 2011, 2013 and 2018 . Few stations in the nation can boast that members of Green Day crashed on their couches, Frank Black strummed Beach Boys songs in their studios, or John Lennon chatted with their news crew about the riots in People’s Park. For a more in-depth look at KALX's journey, check out the Full and Unabridged History.

Below is an archive our special program events from celebrating our 50th Anniversary in 2012.

In the fall of 2012, KALX put on a series of commemorative events celebrating its first 50 years! 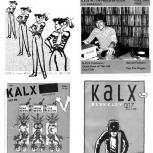 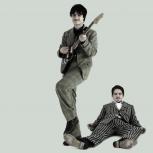 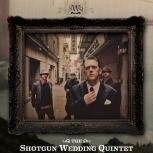