ON THE AIR
77 El Deora on KALX Tuesday, November 16th - 8pm
Posted on 11/14/2010
Local band El 77 Deora will be on KALX radio with your host Meaty Paws. Tune in on Tuesday, November 16th at 8pm to hear some live local country action!
> Read more
ON THE AIR
New shows on KALX!
Posted on 11/11/2010
KALX welcomes new shows to the programming schedule! 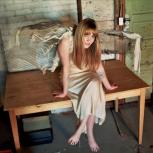 Local ukuleleist, Tippy Canoe will appear without the Paddlemen on the Meatypaws show. Sheâ€™ll spin and sheâ€™ll play, while Meatypaws attempt to fill in as a temporary paddleman for just one evening. Tune in on Tuesday, November 9th. The Meatpaws show goes from 6-9pm. 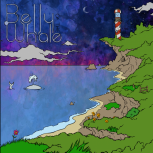 Tune into KALX Live! on Saturday, November 27th with a live performance by Belly Of The Whale. The show will be hosted by Summertime and engineered by Kendra K.

> Read more
ON THE AIR
Interview with Dean Wareham - Thursday, November 11
Posted on 11/7/2010
Join Rubberband Girl this Thursday around 11 a.m. for a chat with Dean Wareham (Galaxie 500 / Luna / Dean & Britta). She'll be highlighting the latest Dean & Britta release, "13 Most Beautiful: Songs for Andy Warhol's Screen Tests", as well as Dean's current series of shows performing the songs of Galaxie 500, and his 2008 memoir "Black Postcards". Dean is playing on Saturday, 11/13 at The Fillmore in San Francisco.
> Read more
ON THE AIR 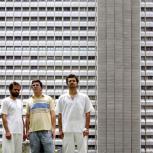 Midnight Express on Brazilian band: +2's
Posted on 10/31/2010
Tune into Midnight Express this Thursday, November 4th at 11:59pm as KALX DJ Berkestir presents an hour special on the group +2's,  a Brazilian band from Rio that composes samba with the sounds of funk and Psychedelia.
> Read more
OUT and ABOUT
KALX co-announces FERRABY LIONHEART on Lower Sproul (on the UC Berkeley Campus), November 5 (FREE)
Posted on 10/31/2010

Lower Sproul is located on the University of California, Berkeley campus near the intersection of Telegraph Ave. and Bancroft Way. Show starts at noon. This show is all ages and wheelchair accessible. 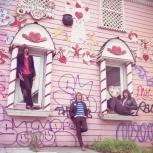 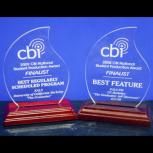 The College Broadcasters 2010 National Student Production Awards Program Winners and Finalists were presented their awards at the national convention in Louisville this October. Almost 500 entries were submitted in all categories. Our submission for Best Feature Show or Broadcast was North Gate Radio's Tall Tales show which aired on November 18, 2009.
> Read more