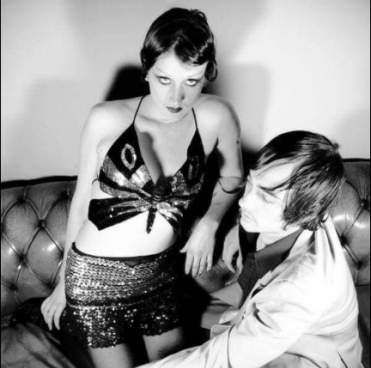 Join DJ Pupshaw on Thursday, September 12th @ 2PM when she speaks with vocalist/bassist/saxophonist, Jessie Evans, of former SF based post-punk/goth band, The Vanishing.

The Vanishing were a group who combined the fury of synth punk with the experimentation of no wave and followed in the footsteps of 80's bands like Malaria and Kitchen and the Plastic Spoons. After releasing two LPs (2003’s Songs for Psychotic Children and 2004’s Still Lifes Are Falling), the band subsequently vanished themselves...leaving a tremendous hole in the hearts of those who witnessed them blossom.

20 years later, the band are reuniting for a one time anniversary show on Thursday, September 12th at this year's Near Dark Fest hosted by The Uptown Nightclub in Oakland.  Show starts at 7pm with Cemetery (Chicago), Over (Portland), Vice Device (Portland), Esses (Oakland)
and DJ Pockets Macabre opening.