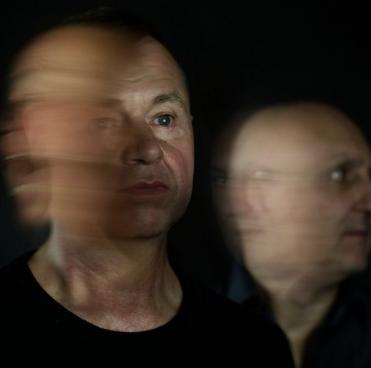 On Thursday, September 12th @ 3PM, DJ Carnacki speaks with Graham Cunnington & Paul Jamrozy of UK industrial group, Test Dept, ahead of their performance later that night at the DNA Lounge in SF.

Test Dept's formation in 1981 in the decaying docklands of South London, was an urgent reaction to the materialistic drift and reactionary conservatism of the prevailing musical and political culture. TD rejected the conventional and developed a style that reflected the decay of their surroundings scavenging the unregenerated wastelands for raw materials, and transforming found industrial items into designed, sculptural instruments.

Suitably armed they forged a hard rhythmic sonic battery, fusing found sound samples and cutting edge electronics in the construction of a dynamic physical totality. Their infamous sonic assaults were challenging and demanding for audience and performers alike, a test of physical endurance that journeyed through the sonic pain threshold and into a cathartic energy release.

The 'Stakhanovite Sound' was a furnace that forged an attitude of total collective commitment, embracing the spirit of punk with an avant-revolutionary sensibility that sought to challenge the status quo. It was the antithesis of commercial record industry values.