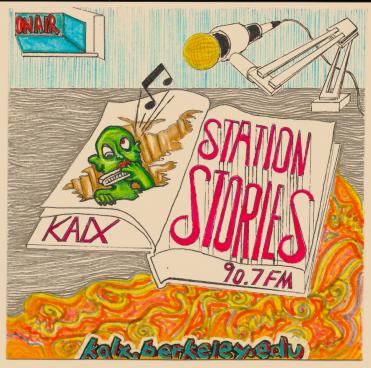 Taylor volunteered at KALX from 2007 to 2011 as a student DJ, News Director, and DJ Training Director.

The folks at Gracenote, my first real corporate job, were all big fans of KALX (some were even current and former KALXers) and my time at KALX gave me a lot of credibility in their eyes. It was also through KALX that I got my internship at XLR8R (through Disco Shawn, a longtime KALX DJ and station manager, who was also the editor at XLR8R). One of my interviewers at Google was a big XLR8R fan, which definitely helped me land the job. So I'm quite serious when I say that I owe my career in the music industry to my time at KALX."