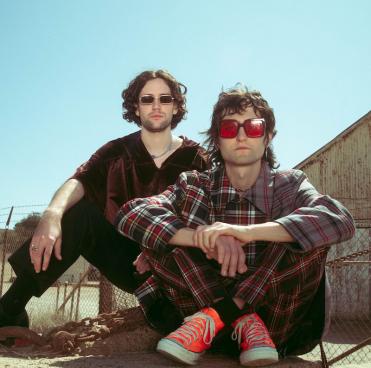 Childhood friends, Cale Chronister and Christian Theriot, have been making and recording music under different names since they were 13. The genesis of Sports would come almost a decade later. On choosing the name Sports, Cale and Christian show reverence to their parents. “They’re big sports fans. It’s like we’re fulfilling some childhood dream of being in the NBA.”

Musically, Sports inspires images of the youthful idyll of bygone times through dulcet melodies and sun-drenched funk synths. Their elaborate, mind-expanding arrangements are warm and enveloping, creating a world where David Bowie, The Beach Boys, and The Clash collide.

The duo recently released their third studio album, Get A Good Look Pt. 1.