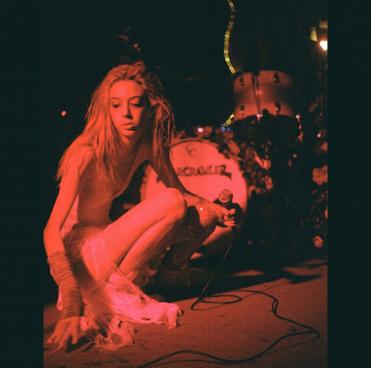 Fresh off their tour opening for Cage the Elephant, Beck, and Spoon, Starcrawler has embarked on a headlining tour of their own, making their roaring debut right here in San Francisco on October 5th at Bottom of the Hill. The band will now makes it rounds in the US before heading abroad to promote their sophomore album, Devour You, available for your listening pleasure on October 11th.

Written and Photographed by Lauren Anastasia

After the angelic melodies of Sour Widows and cathartic punk rock stylings of Kills Birds, drummer Austin Smith, bassist Tim Franco, and guitarist Henri Cash filed on stage under blood red lights to the cheers of rockers both young and seasoned. Donning what seems to be his standard, but far from lackluster concert garb–a sheeny bright green bedazzled suit topped with flower patches and a lamb’s face on either lapel–Henri crouched by his amp and blared in with a distorted screech from his guitar, building anticipation for the band’s front woman Arrow De Wilde, who soon came scrambling on stage in a sheer white top with flowing gauze hanging off her like a skirt. Right away, every photographer in the room knew there would be no shortage of photo opportunities as Arrow turned her gaze up towards the sky, spreading her arms wide open as if in prayer and began twitching to the rhythm of the music. This was only the first taste of a performance best described as blending the likes of Ozzy Osborne and Iggy Pop.

Starcrawler played familiar crowd favorites such as “I love LA,” “Let Her Be,” “Ants,” and the heavy riff-laden “Chicken Woman” that drew everyone’s eyes and ears to the bassist Tim who, performatively, is the calm center amidst the storm of Arrow and Henri’s frantic energy. “Bet My Brains,” a single off the new album, was received as well as any band could hope, with the audience moshing and headbanging in adoration. Visual highlights from the show included Arrow bending over backwards while Henri soloed over her, and later, Arrow wrapping the microphone cord around her neck before theatrically collapsing to the floor where she lay gasping in between songs.

Naturally, the show came to a close with an act of rebellion.  After the last song, right in front of the posted “No Stage Diving/No Crowding Surfing” sign, Arrow climbed on top of the audience and was passed around the whole floor before she returned to the stage and scrambled off just as fast as she first came on. With the music still blaring, Henri pulled an eager fan up and handed him his guitar as he too made his final exit through a tunnel of reaching hands.  After the music drew to a close, Austin and Tim each made their exit, leaving the awestruck fan alone with the residual cheers of an audience hoping for an encore. The encore never came, but no one returned home that night without stories wild enough to make any thrill-seeker jealous that they did not witness this spectacle first hand. 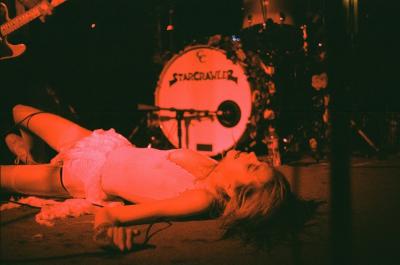 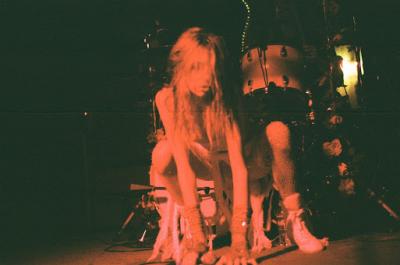 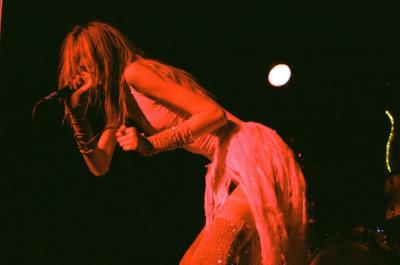