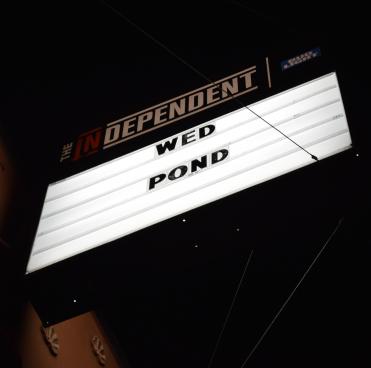 Touring off their new album, Tasmania, Australian psych-rockers POND packed the house for a Wednesday night show at the Independent in San Francisco, drawing a young crowd of clean-cut concertgoers eager to gently headbang and slightly melt their minds before work in the morning.

It had been a rare 90+ degree day in late summer San Francisco and the bodies filling up the Independant quickly turned the standing-room-only concrete box into a steam cooker. The venue is intimate: one big rust-colored room with four chunky chandeliers, a bar at the back, a stage at the front and a small VIP balcony overlooking it all. It’s a 21+ house and from the looks of it, ID security had their work cut out for them that night––the crowd looked young. Young and surprisingly preppy; most of the audience could have come straight from some kind of job-fair picnic. Regardless, they were pumped about POND. There were selfies, there were vapes, the good times rolled.

More than trippy, the vibe of the show was rolly––stony but up and generally safe. This was not the psych-rock concert of yore, from the best I could tell no poor soul was having a freakout in the corner. It was psychedelic-lite, not plumbing the oceans of consciousness but maybe, well, the ponds. And that isn’t meant to be derogatory. Anyone who’s remotely keeping up with the state of affairs in 2019 has more than enough fodder for existential angst––sometimes you just want to listen to some music and feel alright, play “Paint Me Silver” and imagine yourself driving down the coast in slanting afternoon sun. 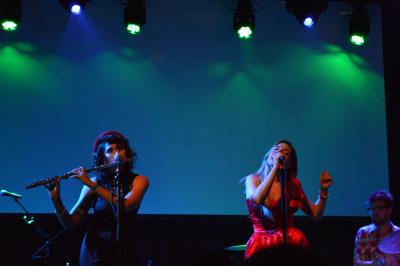 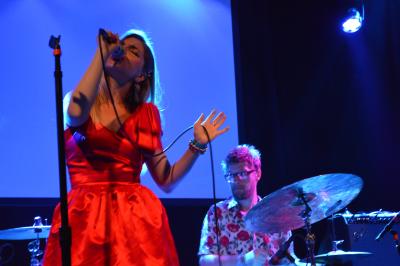 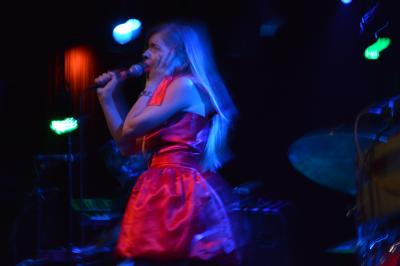 The opener was Maraschino, a synth-pop project from L.A. musician Piper Durabo. Wearing an 80’s party dress in her signature cherry-red, long blonde hair flowing, Durabo looked the part of confidant It Girl but filled her mic banter with a confusing barrage of self-deprecation to the point where it was never clear what was conscious performance and what was genuine self-loathing. Amid muttered introductions Durabo said the audience was in a “hostage situation” since they wanted to see POND, then ended the first song midway through with a semi-audible remark about Milli Vanilli and the declaration, “we have to play a different song––this is what happens when we come here.”

Durabo and the rest of Maraschino (keys, synths, drums and a dancing flautist in a beret) created some enjoyable poppy grooves: disco-adjacent, drum-heavy tracks with lots of reverb over Durabo’s clear, strong vocals––songs such as “Chelsea Smile” and “True Lover”–– but the group never seemed to fully click, either amongst themselves or with the crowd. “It was very L.A.” said Marianne, 27, a product analyst from Oakland. “I really didn’t like it. It felt a little inauthentic for me.”

It was music that seemed to be resisting itself–– dance music delivered with a shrug and then bitterly critiqued by its creator in real time. “We have two more then we’ll leave you alone,” Durabo said between songs. Was it all part of the performance? Is it actually cool to hate what you are doing? Maybe.

We had a good long time to mull that one over while a lone sound tech moved from instrument to instrument, sweating under the lights. In the downtime, one of the few middle-aged people in the crowd, a San Francisco ad exec named Doug approached, keen to talk POND and digest Maraschino. He tried to be generous: “I mean, you gotta give ‘em credit, it takes guts to get up there.” But real talk? “I thought it was so bad…” Doug’s enthusiasm for the headliner well outweighed his misgivings about the opener. “I love POND,” he repeated.

At last, to Doug’s and everyone else’s delight, POND took the stage, launching into the opening two tracks off their acclaimed 2017 album The Weather: first the deeply vibrating bass and spacey warbles of  “30,000 Megatons” then the tight wailing crystalline highs of “Sweep Me Off My Feet.” 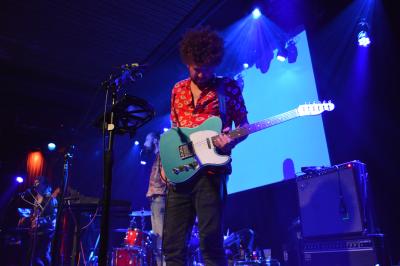 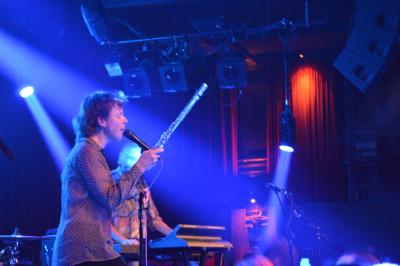 Formed in 2008 as an “ego-free project” of collaboration, POND is fronted by Nick Allbrook and features a rotating cast of musicians, many of whom also play in Tame Impala. (Kevin Parker was an early member and has produced POND since 2012.) As a vocalist and frontman, Allbrook’s stage antics are commanding–– an erratic, Jagger-esque marionette at times brandishing his mic stand, at others sitting in a crumpled heap, sometimes making shadow puppets of birds and flowers and sometimes twerking in a deep straddle.

“I do love this city, really, it’s my favorite,” Allbrook said to the adoring crowd. “Seeing as how we’re so close to Silicon Valley, this song is called ‘Zen Automaton.’” POND amped up their psychedelic vibes and increased the grunge factor. Not a full trip yet, but the inklings of one.

“This next song is a very old one and you’ve probably seen us play it but it’s fun as fuck,” said Allbrook. “It’s called, ‘Don’t Look at the Sun or You’ll Go Blind.’” The row of girls in front of me commenced full hair-whipping, butt-bumping and pantomime moshing.

Allbrook’s more recent lyrics actually reveal plenty of Message, especially concerned with social and environmental justice in his native Australia, but very little of that textual content comes through in the live show. Maybe it’s Allbrook’s accent, or all the effects on the microphone, or maybe it’s just that it is so much more about the vibe and the sound for POND. They create layers and loops, shift from pop riffs to screamy howls and droning whistles, funk baselines and electronic overlays. When Allbrook wails “I wanna breathe” in “Tasmania” we can sense his grief and anxiety but we can also get lost in the groove of the swanky drumbeats beneath. 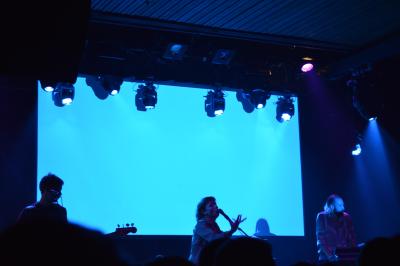 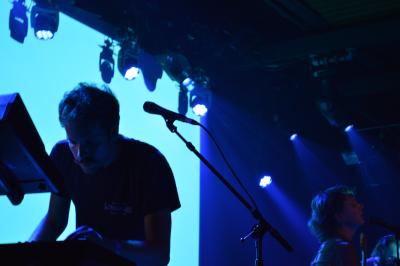 To bid goodnight, Allbrook told the crowd, “Take care of yourself, take care of the grass and the trees and stuff.” It was the lightest of nudges toward the underlying themes of the music. Certainly not enough to bum anyone’s trip. 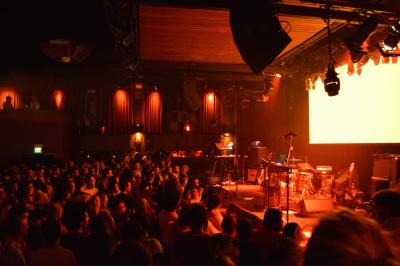