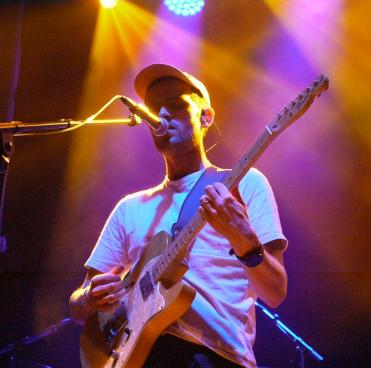 His lips part and silence riddles the audience. Remnants of static noise linger in the air until his voice spills into the venue like a silk soundwave. Jordan Rakei commences his San Francisco show on October 28th with a few crowd favorites, one of which is “Alright,” his most popular self-made track counting in over 11 million streams on Spotify. The New Zealand-born artist found roots in London in 2013 as part of a tight-knit network of musicians who continue to develop in the UK music industry. If you’re unfamiliar with Jordan Rakei’s name, you’ve probably heard his voice featured on one of his indie-pop-counterpart Tom Misch’s hits. 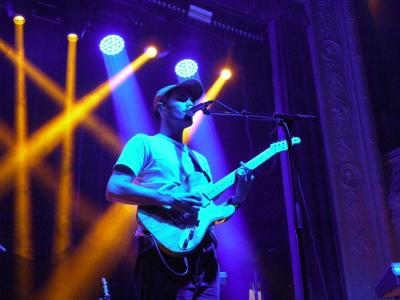 Within the first few tracks of the night, the artist dives into the anticipated song “Wildfire” from his 2019 record Origin. The track was first hinted in a comedic Instagram post on the artist’s personal social media, and was later praised by  COLORSXSTUDIOS’ video coverage of Rakei performing the track against a burnt yellow, monochromatic background. 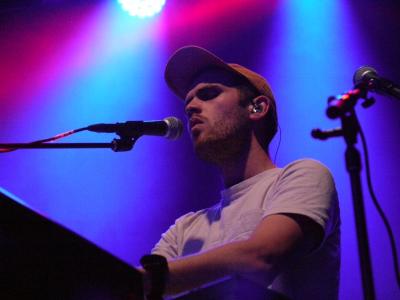 Rakei diligently crafts his tracks by looping melodies and overlaying vocals with utter ease and artistic precision, but he performs all this production perfection behind only a keyboard and mic, occasionally retreating downstage for a bluesy guitar moment. Similar to concerts of British musician James Blake, the stage is not the show–the sound is the show. 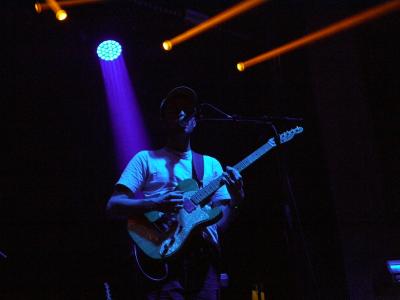 Vibrant blue lights shower the stage in geometric shapes, as Rakei delves into off-beat jazz in “Say Something” and follows up with “Rolling Into One,” which plays like a dance floor staple. Bassist John Harvey and guitarist Street Rat are relics of proto-R&B and rightful beneficiaries of audience applause. Next up, the band transitions into D’Angelo’s “Devil’s Pie” with a reiteration of funk blues, but careful with artistic intention. 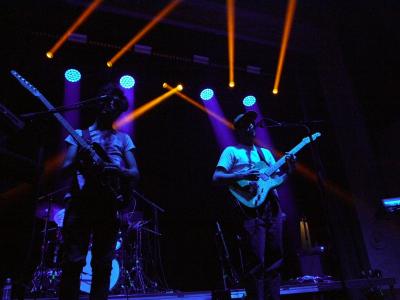 The June 14 release of Jordan Rakei’s latest LP Origin saw overwhelming recognition of the artist as an exceptional lyricist and musician. The record overflows with reverberations of electronic jazz and neo-soul beats, earning him acclamations for his most mature work to date. 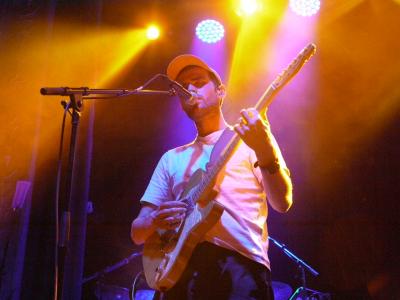 August Hall is typically home to touring artists with a niche fanbase out for the flesh of the underground music industry. Jordan Rakei fits the vibe like a beat-match software’s perfect song sync. Before the encore, Jordan Rakei polishes off the show with “Add the Bassline,” which carries a tune that is resident in his music only. Mate’s got the groove. Can you feel it?