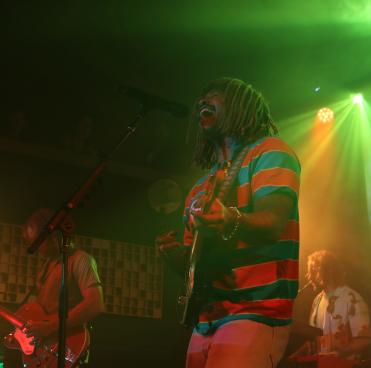 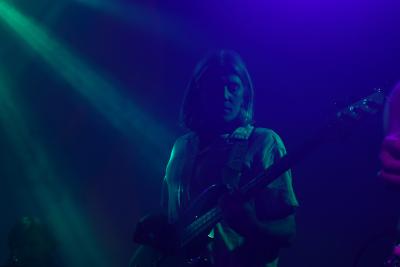 Australian psychedelic surf rock set concertgoers in a trance as the Australian born band Ocean Alley took the stage of Cornerstone Brewery. The band hit Berkeley, CA on October 6, 2022 in support of their new album “Low Altitude Living” set to release on October 14th with support from fellow Australian band Le Shiv. Ocean Alley won the #1 spot in triple j’s hottest 100 in 2018 with their song “Confidence” and has been consistently progressing their sound and taking it to new heights since. In anticipation of their new record, the band has released three new singles entitled “Home” “Touch Back Down” and “Deepest Darkness.”

Written and photographed by Brian B. Vargas

Le Shiv brought the show to a blazing start with distorted guitars, hard hitting drums, and a heavy groove. Songs like "Buzzcloud" and "No Freak" set the audience in motion by inducing simultaneous head banging and dancing. Le Shiv mixes tonal qualities from bands like The Strokes and The Kinks to provide an unforgettable sound and the energy of the band made for an unforgettable performance.

As the venue lights dimmed the stage screen lit up with the script logo of Ocean Alley and animations of the band circled around it. The stage lights turned blue and the Australian sextet walked out casually to a roaring audience. The demeanor of lead singer Baden Donegal was that of quiet confidence and an unmistakable bravado. He approached the microphone and leapt into the lyrics of "Tombstone" along with the procession of excited fans below. It was as if Ocean Alley had assembled a choir below them when they reached the chorus of the song. The track "Way Down" kept the energy high and served to set the audience under a spell of psychedelic trance. 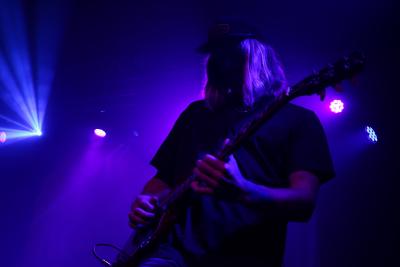 The band has been performing together since 2011 and it shows in their musical chemistry. Every note played on Lach Galbraith’s keyboard dances perfectly with the clean tones of guitarists Angus Goodwin and Mitch Galbrait. Each sound is warm and encased in a soothing vibrato. Midway through their set Baden was handed a 12 string guitar so that the band could launch into covers of Pink Floyd’s “Breathe” and “Comfortably Numb.” The band showed off their musical prowess during this segment of the show. They stick close to the originals and add a perfect segway between them. Covering such songs is a tall task but Ocean Alley rises to the occasion with complex harmonies and masterful instrumentation.

The night concluded with an encore that showed the genius of Ocean Alley. After returning onstage they performed a perfect cover of Player’s “Baby Come Back” with Frank Ocean’s “Nights” mixed in that showcased the bands tonal capacity and a deep understanding of musical harmony. The cover was performed for triple j and can be found here. 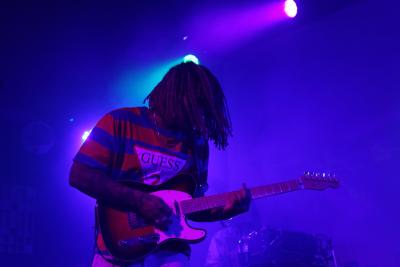 Ocean Alley’s new album “Low Altitude Living” is set to release October 14th and is sure to continue the bands reputation for creating awe-inspiring psychedelic surf rock. The band is equipped with multi-talented musicians who are moving their music in a positive direction. In times where music production relies heavily on sampled instruments and autotune, bands like Ocean Alley are a breath of fresh air. The band will continue their tour into late October and will return to the Bay Area on October 15, 2022 at The Independent.
Lady Love
DJ Profile / Recent Show Playlists
3:00pm to 6:00pm
This Week's Schedule
> See More