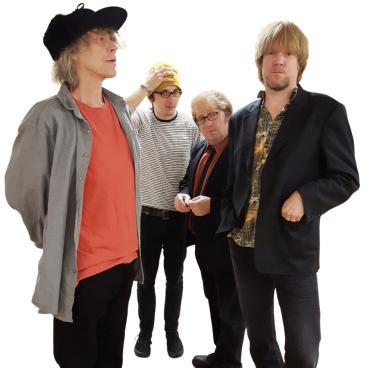 The Imaginary Radio recently spoke with Terry Adams of long standing band, NRBQ in advance of their upcoming weekend show at The Chapel in San Francisco. Tune in this Friday, July 29th @ 10AM to hear the conversation.

Mark Rowland once wrote in Musician magazine, “Seeing NRBQ play in a club for the first time is a little like sauntering into an amusement park with all-new rides — you're happy to be in on the discovery, and you're having fun, but it's still a little uncertain just what is going on.”

The spark that started all all-things-Q in the mid-sixties was keyboardist and bandleader Terry Adams. The New Rhythm and Blues Quartet is still going strong, with their unscripted live-shows considered legendary by many. Their diverse fan-base includes Bob Dylan, Paul McCartney, Elvis Costello, Keith Richards, The Replacements, John Sebastian, Dave Edmunds, Ira Kaplan and Penn & Teller, as well as serving as the unofficial "house band" for The Simpsons for several seasons. From rockabilly to power-pop to an oddball assortment of covers ranging from TV theme songs to Sun Ra to Rodgers and Hammerstein, they deliver.