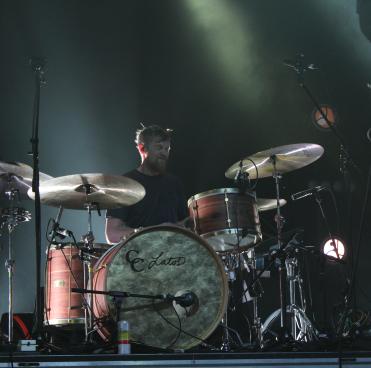 Photos by Joanne Park and review by Salma Sarkis.

Modest Mouse celebrated the 25th anniversary of their album, The Lonesome Crowded West, in Oakland’s Fox Theatre on November 30th. The album was released in 1997, when the members of the band were in their early twenties. Unlike their more recent albums, the tracks themselves have a distinct youthfulness to them, filled with more angst, shouting and confusion. 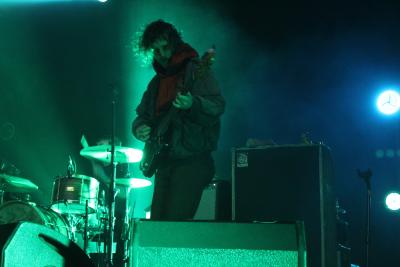 Opening with their song “Teeth like God’s Shoeshine,” they played the entirety of the album being commemorated from start to end. Their ultra-dedicated fan base had no objections to this, and instead radiated an aura of excitement and thrill that bounced off the walls of the venue. The second song of the set list, “Heart Cooks Brain,” was especially electrifying, prompting a roar of shouts, chants and applause from the audience. 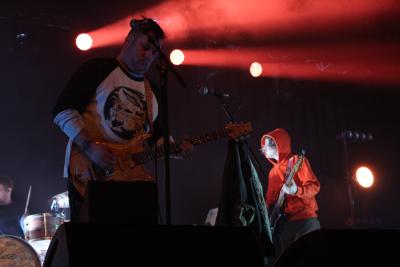 The stage was almost as lively as the crowd, with frontman Isaac Brock emitting the same unhinged, fearless energy as the crowd of 30-to-40-year-olds. The crowd was completely frenzied throughout the show, forming mosh pits and filling the venue with bellows and screams that called out to frontman Isaac. Even from the back of the crowd, you could see the crazy fans begin to throw their shirts in the air. The stomps and jumps of the crowd caused the ground below them to tremble to the beat of each song. 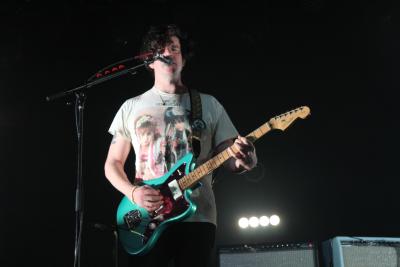 As a fan of the more recent music of Modest Mouse, I didn’t recognize most of the songs from the celebrated album. Yet, it took very little time for me to realize that I was one of the only ones in this position, with the majority of the crowd unquestionably idolizing the performance.

Since the date of this concert, Jeremiah Green, the drummer, co-founder and crucial member of Modest Mouse, has passed away of cancer. Our thoughts are with his loved ones and fans.