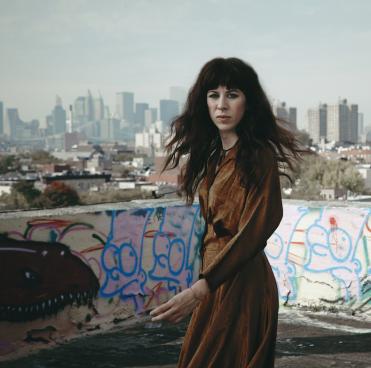 Mazzoli was recently deemed “one of the more consistently inventive, surprising composers now working in New York” (The New York Times) and “Brooklyn’s post-millennial Mozart” (Time Out New York). Mazzoli is the Mead Composer-in-Residence at the Chicago Symphony Orchestra, and her music has been performed all over the world.

Missy is the recipient of a 2019 Grammy nomination, the 2017 Music Critics Association of America Inaugural Award for Best Opera, the 2018 Godard Lieberson Fellowship from the American Academy of Arts and Letters, a 2015 Foundation for Contemporary Arts Award, four ASCAP Young Composer Awards, a Fulbright Grant to The Netherlands, the Detroit Symphony’s Elaine Lebenbom Award, and grants from the Jerome Foundation, American Music Center, and the Barlow Endowment. She has been awarded fellowships from the MacDowell Colony, Yaddo, Ucross, VCCA, the Blue Mountain Center and the Hermitage.