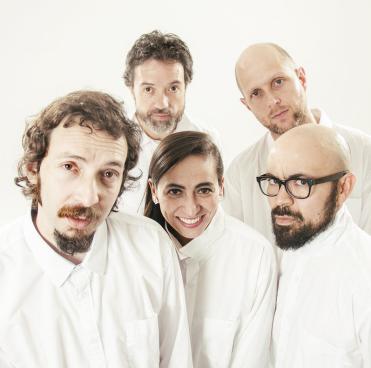 On Saturday, August 6th @ 1:30PM, DJ Radia speaks with Colombian guitarist and composer, Eblis Alvarez, of Meridian Brothers ahead of the group's Freight & Salvage show in Berkeley on August 10th.

Alvarez started Meridian Brothers back in 1998 as a vehicle for his own experimental music. Over the years, the group has evolved into a five-piece band focused on re-interpreting all manners of Latin Tropical styles with a strong psychedelic and experimental sensibility.

Meridian's new project is a tribute to New York's 70's era Salsa Dura. For the project, they have created an avatar, a fictitious group named El Grupo Renacimiento, and written a new repertoire trying to emulate the writing style of those late 60's and early 70's groups while retaining the Meridian Brothers idiosyncratic style of arranging and recording. The sound of instruments has been modified to fit the Meridian electronic templates, and the result is a fantastic album true to the spirit of Salsa Dura and in line with Eblis Alvarez two decade-long experiment with Latin tropical sounds.