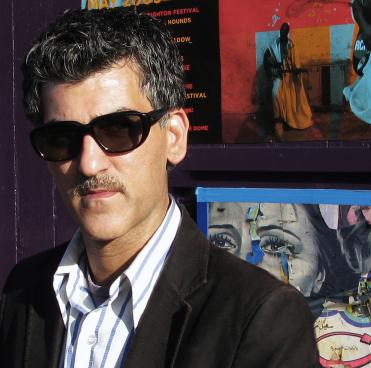 On Friday June 24th at 6pm, join Sly Ida in conversation with Mark Gergis, one of the central minds and curators of the Sublime Frequencies label and a musician in his own rite performing under the name Porest.

More recently, Mark Gergis has garnered international attention for his most recent endeavour as the primary archivist and founder of the Syrian Cassette Archive. The archive aims to capture and preserve the broadest possible range of Syrian musical traditions, all dubbed to cassette in Syria during the country's tape renaissance spanning from the late '60's until the Syrian Civil War in 2011. In this interview, Mark speaks in-depth on the details of creating, maintaining, and developing this archive; his time and work at Sublime Frequencies; his fascination with tape and the regions from which he has spent much of his time collecting tapes, many of which became the basis of the Syrian Cassette Archive; his latest production, the collected works of the teenage Vietnamese rock 'n roll sensation Phương Tâm; as well as the decade he spent in the Middle East making some of his most well-known works: a fascinating series of sound collage field recordings created in Syria, Morocco, Iraq, Laos, Thailand and elsewhere over the course of several years. Mark also speaks about his relationship with Syrian singer Omar Souleyman with whom he has collaborated extensively, bringing Souleyman to the West for his first performances outside of his home country and well as producing Souleyman's releases for Sublime Frequencies along with Souleyman's remixes for the legendary Icelandic artist Björk's 2011 album Biophilia.