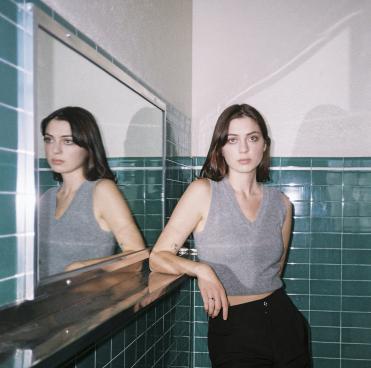 Tune in on Monday, May 30th @ 10AM, to hear DJ Vernal Pools in conversation with singer-songwriter, Lizzy McAlpine.

McAlpine takes her second album, five seconds flat, in a bold new direction by using her evocative lyrics to create a story arc about heartbreak. The new music finds McAlpine stepping into her own as an artist, building on her past while looking toward the future.

It’s a big step in a new direction after her 2020 debut, Give Me A Minute. That album had a folk-pop vibe that drew praise on social media from the likes of FINNEAS, Phoebe Bridgers, Shawn Mendes and Camila Cabello, while propelling McAlpine past 100 million streams on DSPs. This time, the recent Los Angeles transplant was eager to show another side of her abundant talent.

After writing most of Give Me A Minute herself and working with producer and multi-instrumentalist Philip Etherington, her Berklee College of Music classmate, McAlpine opened herself to greater collaboration on five seconds flat. Etherington returned to produce, joined on 10 tracks by Ehren Ebbage.

There are also four featured vocalists, including the Grammy winners FINNEAS on “hate to be lame” and Jacob Collier on “erase me.”