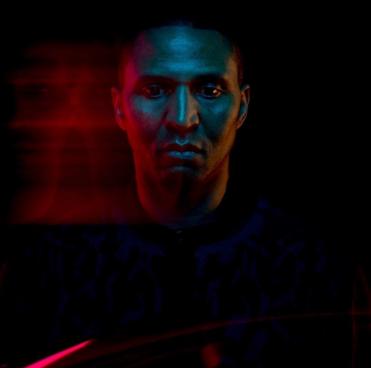 Join DJ Massari on Tuesday, April 13th @ 6PM for an in depth conversation with Bristol based drum and bass producer // pioneer, KRUST.  Together, they will discuss the value of art, the recent rise of NFTs, his most recent recording, The Edge of Everything, and so much more!

Bristol-born producer, DJ, and label co-founder KRUST (Kirk George Thompson) has been a crucial part of the drum'n'bass scene since the genre's very beginning.  He co-founded the groundbreaking Full Cycle label with Roni Size, and helped bring drum'n'bass to the mainstream as part of Size's Reprazent crew.

The Edge of Everything appears if beamed-in from the edge of the universe, way beyond the precipice in a metaphysical netherworld. This is KRUST as futurist revisionist, making exhilarating, standout music of depth and substance, which is unlike anything else, above-and-beyond floor-focussed confines. Krust’s music is more individualistic; closer to the vivid brushstrokes of a fauvist painting, and less like a diagram on a grid.

Inspired by everything from Christopher Nolan to Hegel, Martin Scorsese to The Kabbalah, KRUST is ready to shake things up with his wildly engrossing new sonics. On this multi-layered masterpiece parallel threads run simultaneously, operating as a gripping fantasy tale, profound trip into Ego death and rebirth, deeply personal expression, and all-inclusive proposal for the improvement of creativity and global society.