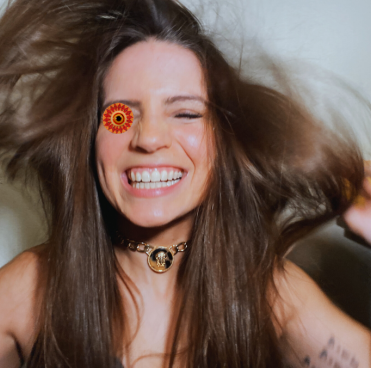 Join DJ Jon The Reptilian Friday July 16th @ 10am for an interview with Kate Vargas. After learning to play the flute and developing an interest in jazz in high school, Vargas studied at Berklee College of Music in Boston, then headed to the Big Apple. Her music, informed by the stories of the supernatural and the paranormal that she heard from neighbors and friends during her childhood, has been used in the TV shows Stumptown, Good Trouble and others. Rumpumpo, Vargas' fourth album, is due out on July 16.

Vargas, who hails from Corrales, N.M., and is now based in New York City, describes her music as "a darkly melodic, reverb-washed sonic palette of dreampop, dusty folk and junkyard blues." She was set to begin recording her new album, Rumpumpo -- on which "Church of the Misdirection" appears -- in March of 2020, right around when the COVID-19 pandemic largely shut the United States down. It took a few months of struggle; a chance to record with her producer in Los Angeles, Calif.; and a guitar borrowed from music great Jackson Browne, but she finally got it done.