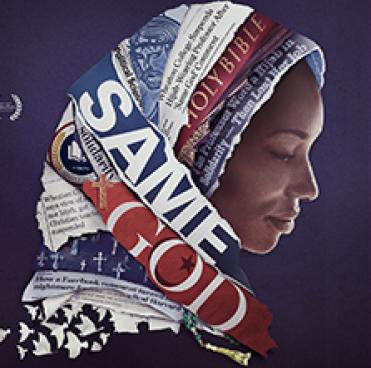 Join KALX at the Rialto Cinemas Elmwood Theater (2966 College Avenue, Berkeley) when they present a single screening of the documentary “Same God”.

The documentary follows events that took place in 2015 at Wheaton College (an evangelical school outside Chicago) when Political Science professor Dr. Larycia Hawkins decided to show solidarity with Muslim women by posting a photo of herself on social media wearing a hijab, with the accompanying message “I love my Muslim neighbor, because s/he deserves love by virtue of her/his human dignity… we worship the Same God.”
Within days of the post, the professor was suspended, and eventually her tenure was terminated by the school’s provost.

Directed by Wheaton alumna Linda Midgett, the film explores the polarization taking place within the evangelical community over issues of race, Islam, religious freedom, and more.