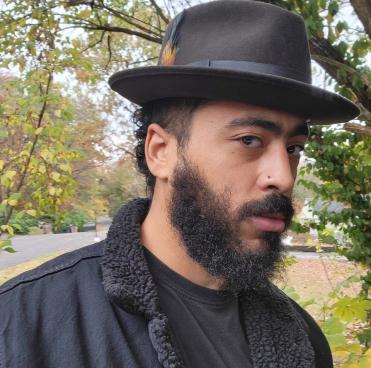 Join KALX at Bottom of the Hill for a night of experimental, mind-expanding, indie hip-hop with R.A.P. Ferreira, who for this performance will be joined by Eldon Somers. Also appearing will be Seattle's AJ Suede, Mars Kumari from Davis, CA, and opening the night will be the Bay's Maitre D.

Rory Ferreira began in the game with the Kenosha, WI crew Nom de Rap. In 2011 he went solo and then released many recordings under the names Milo and Scallops Hotel. It wasn't until 2020 that he began using his initialized birth name, R.A.P. Ferreira. He has released numerous albums and mixtapes, collaborated with people such as Hemlock Ernst, Euclid and Kenny Segal, and has guested on recordings by Prefuse 73, Anderson Paak, Open Mike Eagle and Busdriver, to name a few.  Now based out of Nashville, he has just released his third album as R.A.P. Ferreira, called 5 to the Eye with Stars, on his own Ruby Yacht label.

Bottom of the Hill is located at: 1233 17th St, San Francisco
All ages / Wheelchair accessible