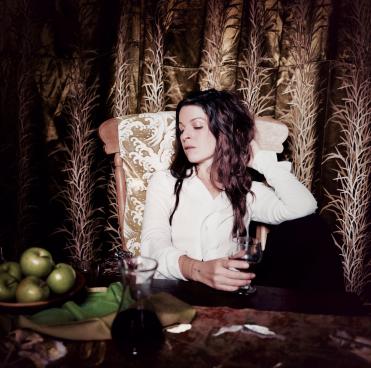 On Tuesday, November 12th @ 1PM, DJ Carnacki hosts Manchester, UK based singer/song-writer, Jesca Hoop, for a live in-studio performance and interview ahead of her show at The Starline Social Club in Oakland later that same evening.

Released on July 5th by Memphis Industries, STONECHILD is Hoop refined and defined. Beautiful, subtle and stark, her fifth album, the follow up to 2017’s highly acclaimed Memories Are Now, is her best yet.

Despite being a long term resident of Manchester, Hoop, has until now, returned to her native California to record. This time round however, “it was” according to Hoop “time to step out of my comfort zone, my safe place”, venturing south to Bristol to team up with producer John Parish (PJ Harvey, Aldous Harding, This is the Kit). Parish’s minimal and purist approach helped clarify Hoop in her ideas and subtly yet effectively realigning her sound. The simplified arrangements draw focus to the fundamental sophistication of the songs.