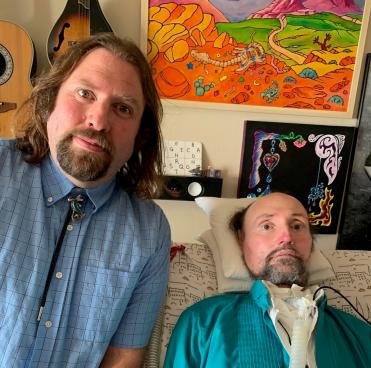 Tune in for an interview with local guitar great and composer Jason Becker hosted by DJ Jon the Reptilian on Friday, November 22nd @ 10:30AM.

At the age of 16, he became part of the duo Cacophony  with his friend Marty Friedman. In 1989 and Becker began doing solo work, having released his first album Perpetual Burn in 1988.  He later joined David Lee Roth's band and recorded one album with him, A Little Ain't Enough. Becker's performing career was cut short by ALS. In 1996, Becker lost the ability to speak, & he now communicates with his eyes via a system developed by his father. Despite his disability, he continues composing by using a computer.