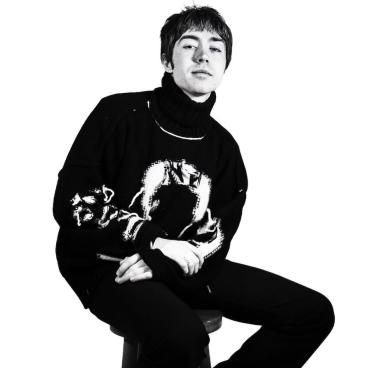 Tune in on Monday, November 14th @ 6:30PM to catch DJ Dokkaebi’s recent conversation with London-based singer-songwriter, Matt Maltese. Together they discuss his experience recording, producing, and mixing his most recent album in his bedroom studio during lockdown, as well as his unique brand of songwriting, particularly his 2017 single “As The World Caves In”, about Theresa May and Donald Trump spending the night together (romantically) before triggering atomic warfare.

Maltese began his music career in 2015. His newest album, Krystal, features heartbreak and a slight undercurrent of wry humor over a warm and lush indie background. The album, like most of Matt Maltese’s other works, feels almost like a story that everyone can place themselves in. It’s comforting in a bittersweet way, like a hug after an incredibly exhausting day, or a walk alone in the fall.

Maltese’s gentle vocals, creative and unexpected lyricism, and the overall warmth of the orchestral arrangements present on Krystal is indicative of how he is establishing himself as an indie artist worth watching out for.