Interview with Ian Astbury of The Cult 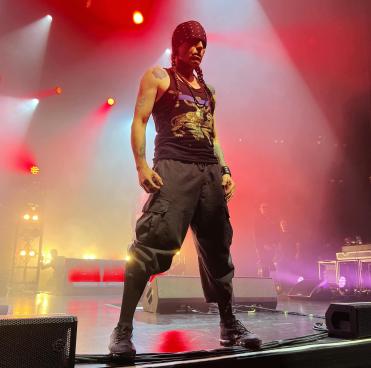 Jack The Stripper recently picked the brain of founding member // lead vocalist, Ian Astbury, from the legendary British rock band, The Cult.  Tune in on Monday, November 14th @ 2pm to hear their conversation before the band hits the Bay Area for their show at The Warfield in SF on November 17th.

Under The Midnight Sun is the band’s 11th studio album for what has been a hallmark 30-plus year career with groundbreaking LPs such as Love, Sonic Temple, Ceremony and more. Under The Midnight Sun was produced by Tom Dalgety (Pixies, Ghost, Royal Blood). Of a recent live show in New York, BrooklynVegan said "Ian Astbury remains a feisty, fiery frontman... He can still wail too."

As The Cult are now returning to performing live and sharing Under the Midnight Sun, Astbury hopes that the record connects to something deep within and subconscious in their listeners—something Astbury found within himself when given the moment to look for it.