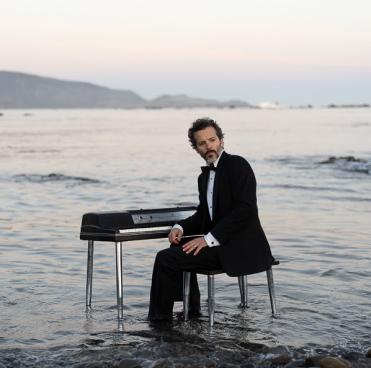 McKenzie, whom you know from such modern musical treasures as comedy duo Flight of the Conchords, the Muppets movie reboots and other ace kid-film soundtracks, Lord of the Rings fan blogs, guest songs for The Simpsons, cycling around the streets in his native New Zealand, and more— has a new solo record coming out filled with songs that ARE NOT COMEDY SONGS!

While the new solo album, Songs Without Jokes, may be free of traditional punch lines, it doesn’t lack a sense of humor. It showcases a new stage of McKenzie’s career, to be sure, but one that isn’t so far removed from his past work and true artistic self. Like Jim Henson before him, who made a career of blending the silly with the sincere and the playful with the profound, McKenzie also aims to connect rainbows to the ridiculous.