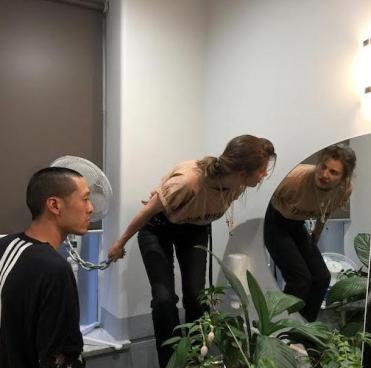 Tune in on Monday, November 11th @ 8:20AM when DJ Massari airs his recent conversation with Melbourne based duo, HTRK.  Together, they discuss the band's numerous 2019 releases, including latest for Ghostly International, Venus In Leo.

The fourth album from HTRK, the duo of Jonnine Standish and Nigel Yang, arrives five years on from 2014's Psychic 9-5 Club. While some much-loved HTRK hallmarks remain—the combination of space and intimacy, the unmistakable interplay between Yang's guitars and Standish's vocals—Venus in Leo differs markedly in its energy, returning to HTRK’s underground rock past with the stylistic playfulness and variety of a modern mixtape.