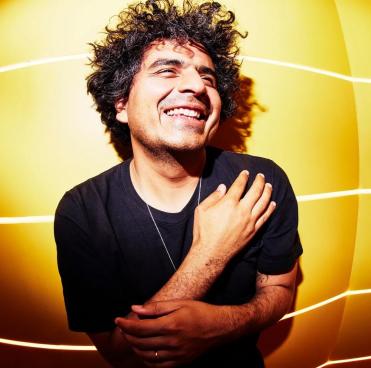 Join DJ Gordita on Monday, August 22nd @ 10:30AM to hear a conversation with Roberto Carlos Lange of Helado Negro ahead of his show at August Hall in SF on Thursday, August 24th.

A South Florida native, born to Ecuadorian immigrants and based in Brooklyn, his upbringing provides essential elements to his songwriting, including his consistently bilingual lyrics in English and Spanish. Exploring the expressivity within intense states of being, Latinx identity, and pluralistic sensibilities, his music can be characterized as lyrically personal and political avant-pop music.

Latest album, Far In, is Helado Negro's first album on 4AD and the seventh full-length album in his catalog. It follows his breakthrough release This Is How You Smile which was spotlighted as Pitchfork's #7 "Best Album of 2019."