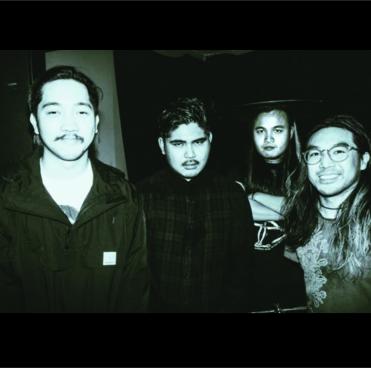 Tune in Saturday, Janurary 18th @ 9PM for Oakland-based screamo group Hawak hosted by DJ Helen Earth on this next addition of KALX Live!

Hawak formed in Oakland as three-piece band during summer of 2017 with the intention of representing their Vietnamese and Filipino backgrounds in the diy scenes within the Bay Area and beyond. Tomm Nguyen (guitar and vocals) and Jon Ruiz (bass and vocals) were in a previous screamo band in San Jose called Matsuri that ended in 2012. Hawak continued the writing style of Matsuri 5 years later with Josh Mendoza on drums. They wrote 9 songs as a three-piece while releasing a self-recorded EP with three of those songs. Ben Truong joined the band in fall of 2018, rounding out the lineup on guitar. After writing a 10th song with Ben they recorded all 10 songs with Jack Shirley of Atomic Garden East and plan to release an LP early 2020. As children of immigrants, they are proud to write and perform music with their individual and family's collective traumas in mind.