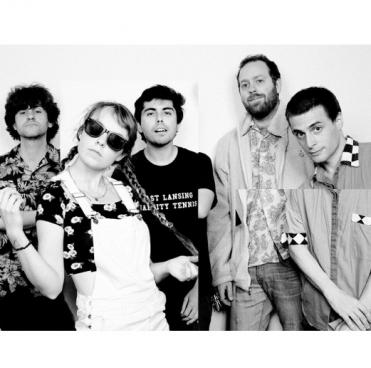 Join DJ Momo on Wednesday, December 11th @ 8:30AM when she airs a recent interview with sonic bending NY based band, Guerrilla Toss.

Guerilla Toss' brand new EP, What Would The Odd Do?, is an exploration into new territories and an expansion on their recipe for twisted, addictive rock & roll mania: fried funk, damaged dance, and cosmic cacophony. Fans of 70’s prog and rock greats like King Crimson and Todd Rundgren as well as modern torchbearers like Sheer Mag and Deerhoof will be joyfully united by GT's uniquely familiar world of wonder and excitement.

For Kassie Carlson -- singer, songwriter, and bandleader of Guerilla Toss -- What Would The Odd Do? is unarguably the group's most personal release in their impressive history as a music-making collective. After open-heart surgery in 2017 to remove a dangerous blood clot caused by a severe opiate addiction, Carlson has found a new joy in life. She has since cleaned up for good, moved to Upstate New York with her partner and Guerilla Toss drummer, Peter Negroponte, and has never felt more inspired.