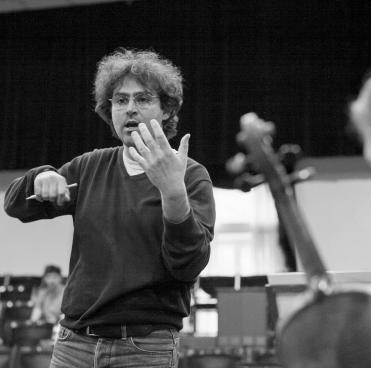 Tune into KALX Live! this Saturday, October 16th @ 9pm for a glimpse into the forefront of music technology. Professor Carmine Cella of UC Berkeley’s Center for New Music and Audio Technologies (CNMAT) will be diving into the connections between music, mathematics, and technology. Expect discussions on music composition, mathematical modeling, machine learning and their entwined co-evolution as well as a live performance on augmented percussion.

From 2007 to 2008, Carmine-Emanuele Cella had a research position at Ircam in Paris working on audio indexing. In 2008 he won the prestigious Petrassi Prize for composition, from the President of the Italian Republic Giorgio Napolitano and he has been nominated member of Academie de France à Madrid for 2013-2014 at Casa de Velazquez. In 2015-2016 he has conducted research in applied mathematics at École Normale Supérieure de Paris with Stéphane Mallat and he won the prize Una Vita Nella Musica Giovani at Teatro La Fenice in Venice. In 2016, he has been in residency at the American Academy in Rome, where he worked on his first opera premiered in June 2017 at the National Opera of Kiev. Since January 2019, Carmine is assistant professor in music and technology at CNMAT, University of California, Berkeley.