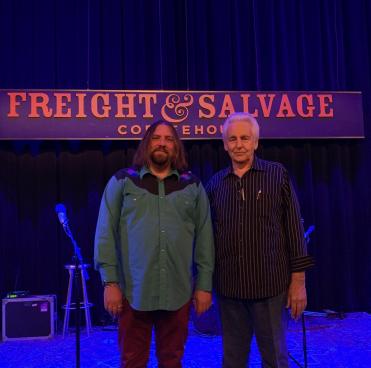 Tune in Friday, November 15th @ 10:30AM for an interview with bluegrass artist Del McCoury hosted by DJ Jon the Reptilian.

Del McCoury is an American bluegrass musician & multiple Grammy winner. As leader of the Del McCoury Band, he plays guitar and sings lead vocals along with his two sons, Ronnie McCoury and Rob McCoury, who play mandolin and banjo respectively. In June 2010, he received a National Heritage Fellowship lifetime achievement award from the National Endowment for the Arts and in 2011 he was elected into the International Bluegrass Music Hall of Fame.

From out of the revolving ranks of the now-legendary Blue Grass Boys--the crack band backing bluegrass music founder Bill Monroe--have come a legion of talented musicians: Lester Flatt, Earl Scruggs, Jimmy Martin, Sonny Osborne, Vassar Clements, and, in 1964, a young musician named Del McCoury. From his start as guitarist and lead singer for Monroe during the early 1960s, McCoury has gone on to make his mark on modern bluegrass as one of the most popular performers of the now-classic "Monroe" sound that first set fire to audiences during the 1940s.