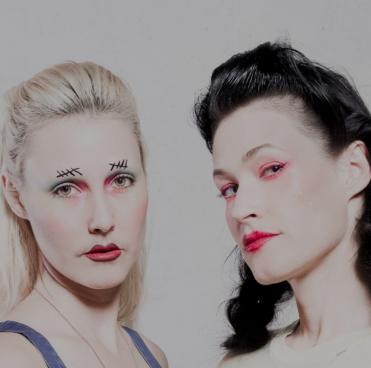 CocoRosie's songs blend a myriad of styles and references from hip-hop to folk and opera with a focus on beat programming and production using found objects, children’s toys and other unique percussion to create a particular atmosphere of nostalgia and mystery.

Taken as a whole, CocoRosie’s music is an ongoing psychologically intimate dialogue between the siblings. Each sister has multiple personae and vocal styles; Bianca delivers troubadourian-style-rap while Sierra often responds with ethereal tones while accompanying their voices on harp, piano, or guitar.

The duo will release their 7th studio album, Put The Shine On, on March 6th via Marathon Artists.