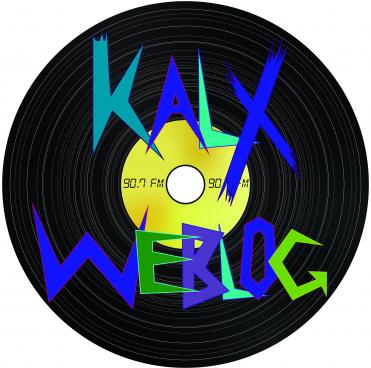 A few of our Weblog writers tackled KALX's top charts with some reviews of their favorites. Here's the recent albums they've been listening to that have been tearin' up the KALX charts.

Kikagaku Moyo's fourth studio album, Masana Temples, is a refreshingly modern take on a tried and true style of psychedelic rock. The vocal subtleties and tonal layers are more refined and polished on this release than their previous works (compared to Forest of Lost Children, for instance). However, the faster, harder parts of the album still carry some of the raw, uninhibited energy, harkening back to their garage/kraut rock influences. That is to say, where this album hits hard, it hits really hard.

The soft, wispy vocals by Tomo Katsurada and the abrasive, fuzzed out guitar tones are most distinctly contrasted on the second track, "Dripping Sun." The result comes off as asymmetrical (almost bi-polar), yet coherent through its drastic tempo changes. A notable feature of this song is the use of the cowbell (yes, you read that right—the cowbell) in an unusual context, mimicking the tonality of Japan's traditional altar bell used in Buddhist services. The fifth track, "Fluffy Kosmisch", is centered on its repetitive rhythm, slowly building up tension by adding increasing layers of vocal harmonies and subtle high notes until it breaks into a noisy, sporadic jam.

As a whole, Masana Temples is an album that covers a surprisingly wide dynamic range, while remaining consistent in its dreamy and relaxed groove. While it comes up short in the rawness and the high-strung energy in Kikagaku Moyo's previous releases, it can be seen as a fair trade-off to its sonic variety and versatility.

Crawling back from the grave, Philly-based band Swearin’ reunites to release a record for the first time following their 2015 breakup. The comeback album Fall Into the Sun, has the lyrical potential to keep you awake and existential past your bedtime, while still containing enough upbeat energy to prompt some passionate head-bobbing during a long morning commute.

Swearin’ returns to the indie-punk field with a tender yet punchy presence. While vacant from Swearin’, frontwoman Allison Crutchfield focused her efforts on her solo project. On this album, she takes a break from the dreamy synth-pop of her 2017 release Tourist in this Town, returning to sharper vocals and heavier drumbeats. Both Crutchfield and her bandmate/ex-partner Kyle Gilbride contribute to the vocals on the album, adding auditory balance and diversity.

Crutchfield reminisces about her youth in “Big Change,” documenting her high school days against soft electric guitar, with lyrics like “The best years of our lives / were spent in some stranger’s basement / medley made of empty cans and exes”. The simple chord progression that accompanies this heartfelt intro distorts into a heavier, full-band piece with fresh attitude about halfway through the track. “Grow into a Ghost” holds the same longing for the past. The song explores craving someone as you watch them fade from your life through its hauntingly repetitive lyrics and basslines.

Surely, Fall Into the Sun lacks some of the content you would expect from a post-breakup release. There’s no cheesy ballad about the joy of returning to the scene (though I’m not complaining). If worth attempting to define, the record is a melancholy recollection and reflection of how life drives change—whether you’ve felt heartbreak, anger, or just wanted to feel young again— this record could be for you.

IDLES - Joy As An Act of Resistance (Partisan)

“For the last time, we’re not a f*****g punk band,” declares IDLES frontman Joe Talbot in an interview to MCR Live after the band’s show at the O2 Ritz. Released by Partisan records on August 31, 2018, Joy As An Act of Resistance is the second full-length release from these Bristol, England rockers known as IDLES. Finishing at a length of 42 minutes, Joy As An Act of Resistance is a fast-paced, political, and vulnerable piece of art that tackles topics such as immigration, toxic masculinity, and the death of Talbot’s newborn child. Standout track “Danny Nedelko,” which is a reference to the Ukrainian frontman of the British punk band Heavy Lungs, goes in depth about the current political environment surrounding immigration in the United Kingdom after the vote to leave the European Union. I quite enjoy the thumping instrumentation of “Danny Nedelko” with its screeching guitar riffs and the call and response lyrics (especially the exclamation in the middle of song in reference to “Stereo” by Pavement). The song “June” tackles the heavy topic of the stillborn death of Talbot’s daughter Agatha in June 2017, and in an interview with NPR Talbot explained, “I did want to show my pain. I wanted to illuminate the importance of grieving parents' right to call themselves mothers and fathers. I'm not sure I'll ever be able to play that song live.” “June” is an absolutely haunting song with lethargic single notes on top of a monotonous single drumbeat that builds into a crash of emotions. The utter and overwhelming pain is felt in every word and instrument throughout the song. Overall, Joy As An Act Of Resistance is a stunning and cathartic record to chant at the top of your lungs.

The sultry and heavenly deep voice of Austin-based singer-songwriter Molly Burch is one that should be on any music listener’s radar now and in the future. With the release of her second record First Flower on October 5, 2018 by Captured Tracks, Molly Burch is wooing us with her 11 jazzy love songs, totaling at 37 minutes. Growing up in Los Angeles, Burch was heavily involved with the arts from a young age thanks to her writer/producer father and casting director mother, and after she found her voice in her youth, she moved to study jazz vocal performance at the University of North Carolina in Asheville. Her training is evident throughout the entirety of First Flower, as her voice gives homage to Patsy Cline and Billie Holiday. My favorite track on this record is “To The Boys” which appears on the tail end of the album. The instrumentation on this song stands out to me because of its laid-back and jazzy tones. “To The Boys” is the perfect song to listen to on a sunny day while laying in the grass. The song follows Burch as she explains her struggle with people criticizing her for her deep singing voice, as well as how she will not lower her voice or silence herself as a woman.

The Spirit of the Beehive - Hypnic Jerks (Tiny Engines)

A hypnic jerk is an involuntary muscle spasm which occurs in that very particular period between wakefulness and slumber, when one’s drifting asleep. Philly-based quintet The Spirit of the Beehive adapts this term for their third full-length Hypnic Jerks, and from the moment opener “nail i couldn’t bite” meanders into your own fuzzy consciousness, it’s not hard to see why. There’s a feeling of hesitation and unease as a vocal recording of a boy testing equipment out buoys above wavering synths. All of a sudden, with an Animal Collective air, vocalist Zack Schwartz tells us on a loop, “Sometimes, you can…” until he wanders off into the song’s verse. A dreamy guitar line diligently guides you somewhere you can’t see, then hands the reigns to a cascading drum beat.

And that’s just one song. In addictive Spirit of the Beehive fashion, Hypnic Jerks’ other tracks similarly distort your expectations. With bassist Rivka Ravede’s old family recordings as its backbone, Hypnic Jerks lays down lush pop melodies, veer off into pockets of the experimental, then return to familiarity – sometimes in just a matter of a minute or two. Genre-wise as well, SOTB skims the likes of post-punk (“can i receive the contact”), psych pop (“mantra is repeated,” “without you in my pocket,”) and more, but knows exactly when to step back and fly off in another direction.

Both lyrically and sonically, there’s an underlying sense of wanting to be acknowledged, or at the very least seen. It’s painful, lonesome, and laced with anxiety, but as SOTB shows us, even just one fleeting outburst will release a flood of endorphins. On Hypnic Jerks, you can’t help but engross yourself in Spirit of the Beehive’s lullabies and fall into the void, but not before the band flings you into another, equally enchanting dream.