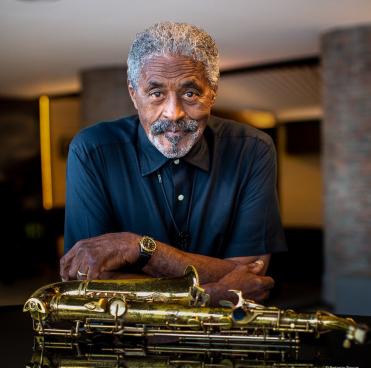 For more than 60 years, saxophonist Charles McPherson has been one of the most expressive and highly regarded voices in jazz. His rich musical style, rooted in the blues and bebop, has influenced and inspired generations of musicians and listeners.

McPherson studied with the renowned pianist Barry Harris and started playing jazz professionally at age 19. He moved from Detroit to New York in 1959 and performed with Charles Mingus from 1960 to 1972. While performing with Mingus, he collaborated frequently with Harris, Lonnie Hillyer, and George Coleman.  By 1972, McPherson stopped playing with Mingus and continued to tour and record as a leader and as a sideman. He moved to San Diego in 1978, and since then he has maintained an active career as a performer and educator throughout the United States and abroad.

McPherson recently collaborated with the San Diego Ballet to release his latest recording, Jazz Dance Suites.  The album is inspired by McPherson's daughter Camille, a soloist in her 9th season with the prestigious dance company.