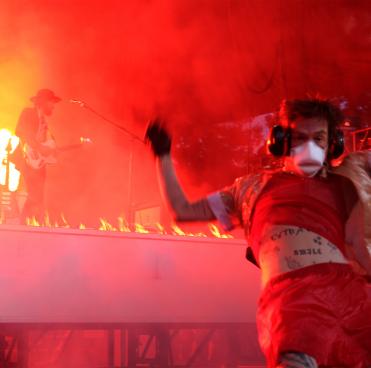 On Tuesday, July 16th, the Shoreline Amphitheater presented a gift to the city of Mountain View. Unlike most Tuesday nights, the evening brought together thousands of indie rockers for one special evening as they prepared to sing loudly and dance boldly on the third stop of Beck and Cage the Elephant’s The Night Running Tour featuring supporting acts Starcrawler and Spoon.

As KALX DJ Beast Monster Thing and I walked up to the venue, we could hear Cage the Elephant sounchecking “Broken Boy”— creating further anticipation for the night ahead of us. With my camera charged, and two SD cards ready to go, I was thrilled to be photographing the bands this evening and caught off guard when given the opportunity to sit in on Beast Monster Thing’s interview with Britt Daniel of Spoon, getting to take photos of the rock star before the show began. 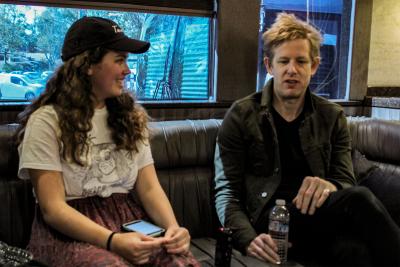 Other photographers and I were escorted to the pit for the first opening act, Starcrawler. As the bandmates walked onto the stage one by one, and the photographers in the pit scrambled to get photos of lead singer Arrow de Wilde, I found myself captivated by guitarist Henri Cash’s embroidered and beaded green suit paired with a hot pink shirt. While Cash heightened our senses by shredding his guitar, de Wilde matched his energy through a haunting glare and exorcist-esque dance movements. De Wilde’s frizzy, wavy hair and distressed pink dress were especially fitting for the zombie apocalyptic punk rock vibes that her performance gave. 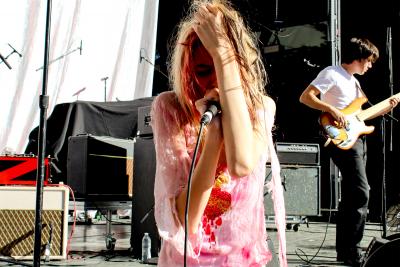 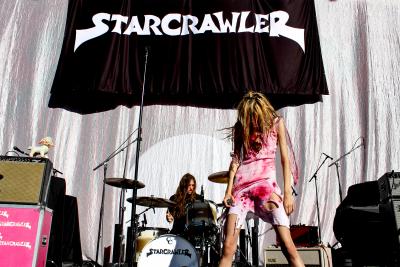 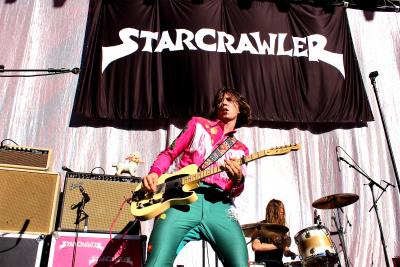 When Spoon took the stage, I was ecstatic. I noticed Britt Daniel had traded the black T-shirt and cool green jacket he had on during the interview for a white button down, better suited for the giant black and red “SPOON” banner behind the band. I couldn’t help but dance a little in the photographer pit with excitement, hearing the band play their new song “No Bullets Spent”, released just a month ago, and set to be featured as the final track on their upcoming Greatest Hits album. While photographing the 26-year-old Austin-formed rock band, I took a look at the setlist knowing after the third song I would have to put away my camera before returning to watch the rest of their performance. To what felt like my demise, the fifth track on their set was the classic song, “Underdog”.  This meant if I had any hope in hearing the iconic hit, I would have run to across the venue, put away my camera, and make my way back to the lawn all in the span of one song. Four to five minutes. At the last note of the third song I sprinted up the Amphitheater steps, determined to get back in time. Merging through the crowds passing out “Sorry’s” and “Excuse Me’s,” I found myself back onto fresh green grass dancing and smiling to the cheerful, indie rock anthem. 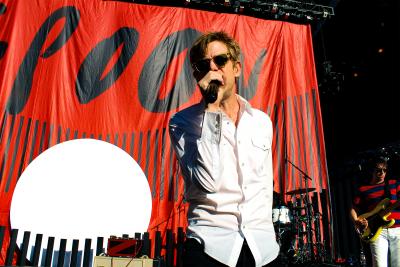 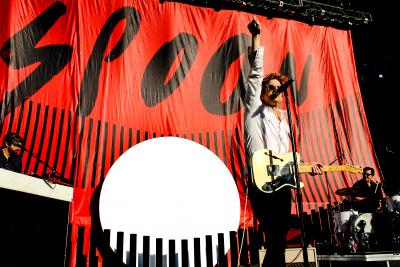 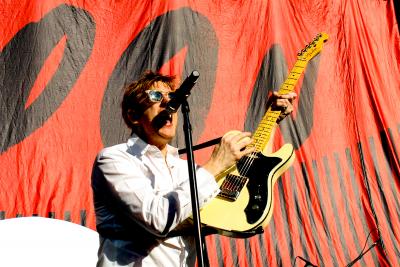 By 8 o’clock, it was time for the big dogs. At this point the Amphitheater had become substantially packed. I stood in the pit with my camera discussing the setlist with other photographers, when suddenly a loud guitar could be heard from backstage as a fog creeped in. The members of Cage the Elephant took their places accordingly, with guitarist Brad Shultz hopping onto a speaker hyping up the crowd with a playful stare and harsh riffs. Then, out of nowhere, like an absolute madman, singer-songwriter Matt Shultz sprinted onto the stage in goggles, a breathing mask, large headphones, and a tattooed bodysuit while holding a prop resembling a mini gas container. Shultz not only flung himself around the stage, but into the audience as well. With a look in his eye that reflected a chilling sense of someone who had lost their mind, he returned to the stage with a hammer, destroying the goggles he had previously been wearing. Once I finished dodging the plastic shards of goggles flying through the air, I had a chance to really look at Shultz and take in his presence because for a brief moment he had paused. After smashing the mask to smithereens, he slowly raised his glance toward the crowd with an expression as if he had just been released from a trance. 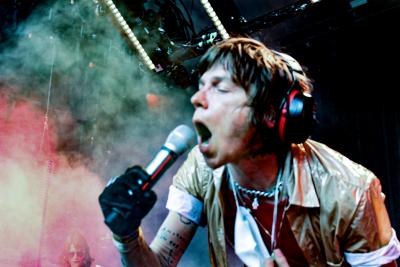 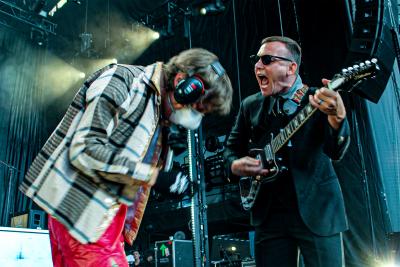 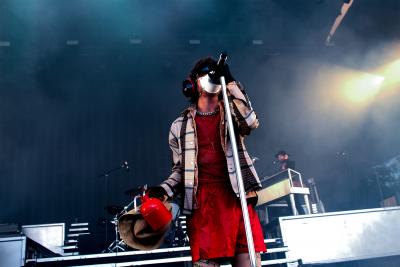 Every moment of Shultz’ performance is one that leaves an audience in anticipation, wondering what he’ll do next. Despite sounding far more produced than their previous rock records, Cage the Elephant’s Social Cues creates the same franticness and urgency that makes their sound especially attractive with lyrics that offer insanity within sincerity. 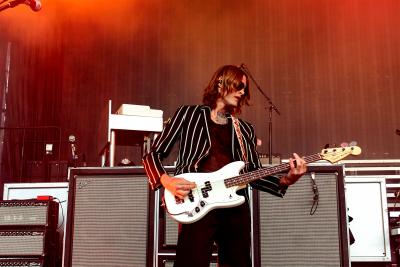 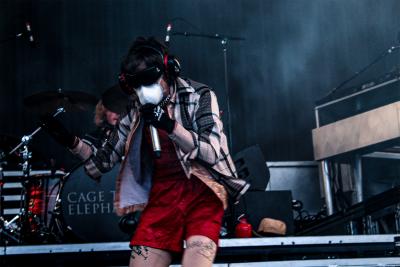 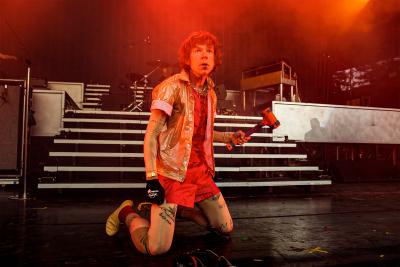 From working with new instruments to having sessions cut short when singer Matt Schultz kept leaving the studio early as he dealt with the inner turmoil of his seven year marriage coming to an end, the making of this record was no easy feat for the band. Shultz’ unpredictable behavior often became a subject of tension in the band, but if this album tells us anything about Cage, it tells us that they know how to persevere. Attempting to understand the pain the “Broken Boy” singer was going through makes each track only hit harder. When put into perspective, tracks like “Ready to Let Go” and “Goodbye” only evoke more empathy, hope, and heartache for the singer. With this aspect of his life being public knowledge, I watched his performance, curious: Is he throwing himself around, shouting, shaking, and collapsing for the sake of being a performing entertainer? Or is it because it is the only way he can manage? All I can say is whether it is for the sake of putting on a good show or Shultz has actually lost his mind, or both, I, like many others, will be anticipating what comes next from this irreplicable group.