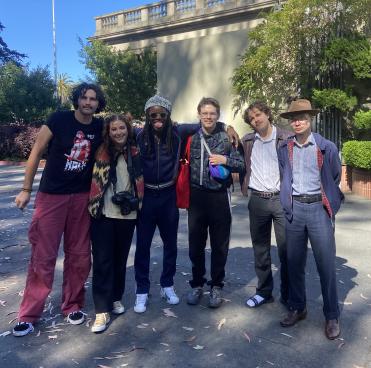 Mr. Green Genes and Exhibit A recently joined forces for an interview adventure in SF's Golden Gate Park with London based band, black midi.  Tune in on Friday, October 7th @ 10:30AM to hear their interview with the band while exploring around the park on surrey bikes!

black midi's third album and second in two years, Hellfire, sees the London band at their most direct.  Written in isolation in London in 2021 almost immediately after its predecessor, Cavalcade - no band can quite build their own universe like black midi.

Lead-singer Geordie says “If Cavalcade was a drama, Hellfire is like an epic action film,” that delves into overlapping themes of pain, loss and anguish.