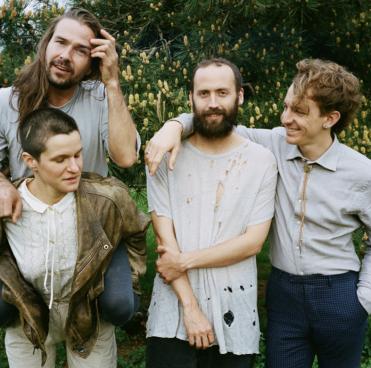 On Thursday, October 10th @ 1:30PM, The Breeze speaks with Max Oleartchik from Brooklyn, NY based indie-folk-rock band, Big Thief, ahead of their two Bay Area shows later this month.

Big Thief had only just finished work on their 3rd album, U.F.O.F. – “the celestial twin” – days before in a cabin studio in the woods of Washington State. Now it was time to birth U.F.O.F.’s sister album – “the earth twin” – Two Hands. 30 miles west of El Paso, surrounded by 3,000 acres of pecan orchards and only a stone’s throw from the Mexican border.

With raw power and intimacy, Two Hands folds itself gracefully into Big Thief’s impressive discography. This body of work grows deeper and more inspiring with each new album.

Big Thief plays The Fillmore in SF on October 28th & The Fox Theater on October 30th.