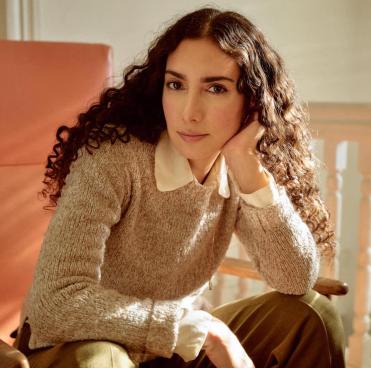 On Thursday, June 2nd @ 10AM, DJ Vernal Pools speaks with singer-songwriter, Bedouine, ahead of her show on Friday, June 3rd at The Chapel in SF.

Azniv Korkejian, the Los Angeles-based artist who records as Bedouine, first sprang to international attention when her meticulous, eponymous 2017 debut seemed to open a window in time. With striking, direct vocals and simple guitar accompaniment, Bedouine was immediately dubbed “a modern folk masterpiece” by Fader and Korkejian was praised as a “future legend” by The New York Times. Following the release of her acclaimed sophomore album, Bird Songs Of A Killjoy, in 2019 Korkejian returned to the studio to craft her third record. Waysides was released via The Orchard on October 15th, 2021.

Evoking comparisons to savants like Nick Drake, Vashti Bunyan and Karen Dalton, Bedouine has become synonymous with the best songwriters of the last few decades; an artist revered among her peers whose work is treasured by her fans - and all those who recognize a precious and rare gift when they hear it.