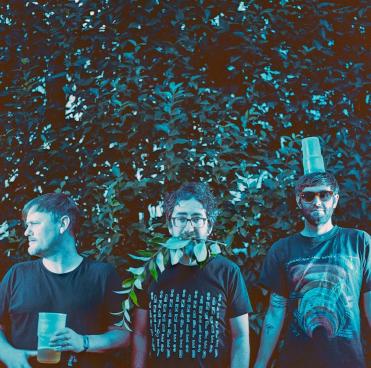 Velvet Einstein recently sat down with Geoff Barrow and Billy Fuller of Bristol based band, Beak>, ahead of their upcoming show at Great American Music Hall in SF on Thursday, September 15th.  Tune in on Tuesday, September 13th @ 11AM to hear their discussion.

Formed in January 2009 the band have now been together for over 10 years with an emphasis on enjoying what they do, whether it be playing live or recording in the studio.

Beak> have never really been one of those bands, “on the touring circuit” and, in doing so, have avoided the well-trodden rock & roll route. Nevertheless, the band have played many hundreds of festivals around the world, including Primavera Sound in Barcelona (twice), Primavera Sound in Portugal, Glastonbury Festival (twice), Green Man Festival, Desert Days, Nrmal in Mexico, Hostess in Japan, Latitude and Levitation amongst many others. Additionally, they have played alongside artists as diverse as Mogwai, Arcade Fire, Thee Oh Sees, Savages, Chris Cunningham, Earth & The Horrors.

Beak> have released 3 Albums, 2 EP’s, 2 Singles & also wrote the Soundtrack to the film Couple In A Hole.