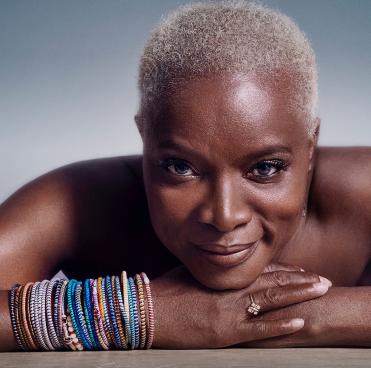 Join DJ Jon The Reptilian on Friday, October 29th @ 10AM when he speaks with genre-bending, global pop star, Angélique Kidjo.

Four-time Grammy Award winner Angélique Kidjo is an omnivorous artist with a gift for assimilating a wide range of music into a sound that is completely her own, always infused with her powerfully positive message.

For one of her latest recording projects, Kidjo partnered with star producer Jeff Bhasker (Rihanna, Kanye West, Drake, Jay-Z) to revisit, reimagine, and repatriate the Talking Heads’ landmark 1980 album, Remain in Light.  She connects with the album’s original Afropop influences and filters its new-wave sensibility through her own musical interests—which span the African continent—mining the songs for topics that resonate with her today and adding her own lyrics in languages from her home country of Benin.