Amyl And The Sniffers Interview 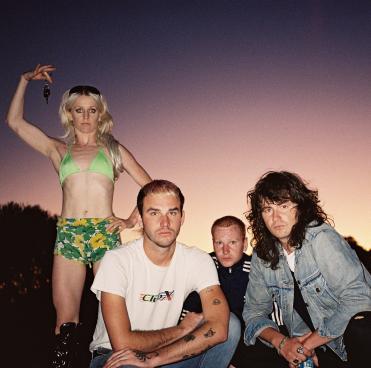 DJ Renée Black recently sat down with singer, Amy Taylor, of Melbourne based rock band, Amyl And The Sniffers.  Tune in on Friday, May 6th @ 5PM to hear their conversation about the band's new album, Comfort To Me, Sharpies subculture, and MULLETS!

Comfort To Me, co-produced by the band and Dan Luscombe, is the follow-up to Amyl And The Sniffers’ critically acclaimed 2019 self-titled debut album, which won Australia’s esteemed ARIA Award for Best Rock Album and saw the band tour their anarchic and ridiculously fun live show internationally for the past two years.

With its lyrics largely written during the Australian Bushfire season, Comfort To Me came together in a 3-bedroom apartment where the four band members quarantined together during COVID-19 lockdown. The result is a less spontaneous and more darkly considered record that masterfully captures the essence of the band like never before. “This album is just us — raw self expression, defiant energy, unapologetic vulnerability,” says Taylor. “It was written by four self-taught musicians who are all just trying to get by and have a good time.”

Amyl And The Sniffers play The Great American Music Hall on 5/6 & 5/7.  Both shows are SOLD OUT!